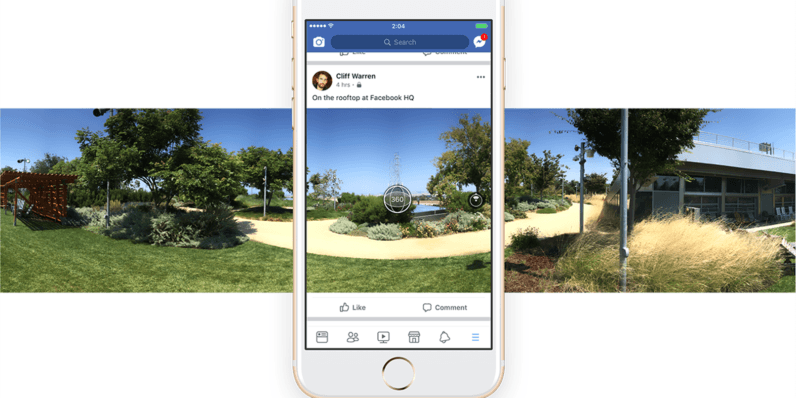 Since inception, Facebook users have uploaded over 70 million 360 photos. And of these 70 million 360 photos, exactly zero were taken using Facebook’s built-in camera. Starting today, that all changes. Users can now take 360 videos from the Facebook app itself, and upload them instantly for viewing on their Timeline, in albums, or Groups.

Previously, a 360 photo required users leave Facebook’s mobile app, open a camera app on their phone, shoot the image in panorama mode, and then re-open Facebook to upload the image. It’s not exactly a prison labor camp, but for a company that strives to keep users on the platform, forcing them to leave in order to use a feature didn’t make a ton of sense.

And if you didn’t feel the Facebook god’s were shining down upon you already, we’ll see a handful of highly-anticipated new features. My favorite is the ability to add a 360 photo as your Cover Photo, but you could just as easily get all warm inside about tagging friends, or zoom.

Here’s how to use it

Read next: Pepper the robot takes on a new role as a funeral attendant