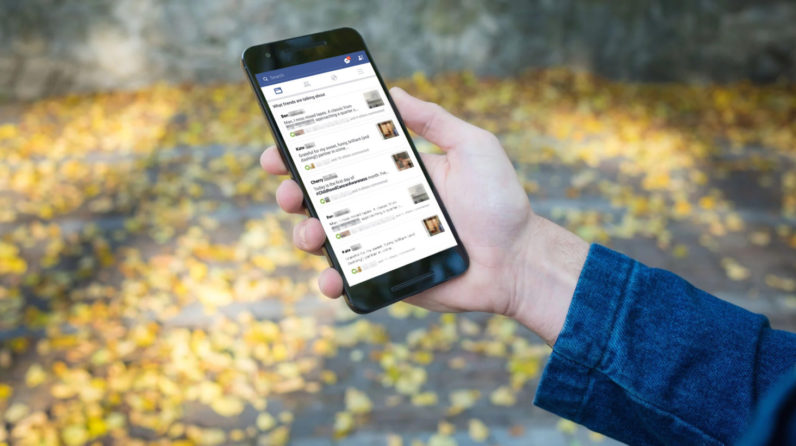 Snapchat is not the only company Facebook  draws inspiration from in developing new features as the social media giant might soon be adding a new functionality that will make it look a little more like Twitter.

Facebook is currently testing an experimental feature called ‘What friends are talking about’ that aims to get you and your friends engaging in conversations more often.

The feature essentially collects a few recent posts from your friends and places them in a dedicated section at the top of your news feed, where you can easily see how many comments each entry has received.

Facebook’s new addition immediately reminds me of Twitter’s own timeline where tweets from the people you engage with the most are featured prominently.

As is often the case with such trials, the feature is likely available only to a very limited number of users – so don’t be surprized if it doesn’t show up in your news feed. Mashable first spotted the new addition on Facebook’s app for Android, but it’s possible users on other platforms have seen it too.

We couldn’t replicate the experience on either Android, iOS or desktop, but Mashable has managed to capture a screenshot:

Running such tests is not at all uncommon for Facebook. More recently, the company has been experimenting with autoplaying video with sound as well as with its news feed algorithm in order to bring you ‘more informative’ content.

While ultimately not every tested feature rolls out for all users, it’ll be interesting to see how Facebook selects which posts will appear in the new section.

Given the company’s intentions to facilitate more conversations between friends and family, chances are that your most trusted Facebook contacts will appear in the new feature more often than someone you haven’t spoken to in years.

Read next: Chromebooks may soon allow you to log in using just your fingerprint