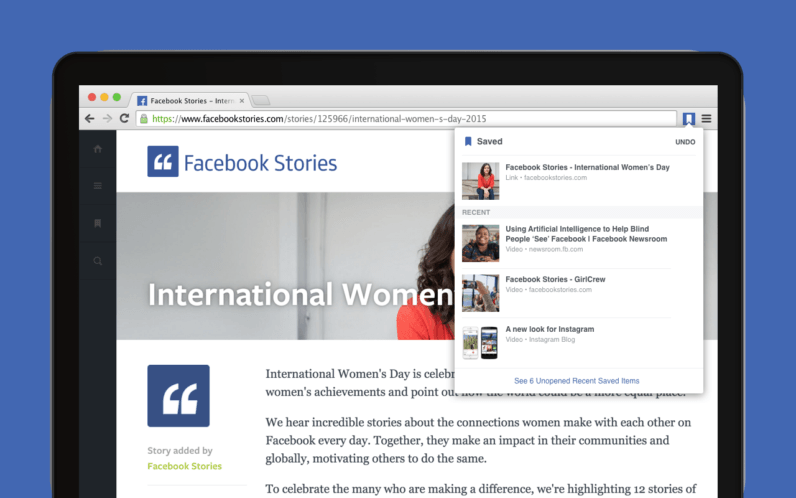 Launched at F8, the Save button lets you tuck articles away on Facebook to read later on. It’s great for those times you simply don’t have time for a long read, or want to revisit content later on.

It’s also why so many people love Pocket, and is a standard feature on Apple’s Safari browser.

Facebook says over 300 million users are already using its Save feature, which also pings them now and then to check out what they’ve got saved. Saved articles exist in a dedicated tab on the Facebook Webpage, or in the app, and can be accessed on any device.

You can save anything via Facebook’s Save feature, too. Articles, videos, images and product pages are all eligible. In Chrome, selecting the Save extension will also show you a list of what you’ve already saved, where you can jump straight into reading or watching via Facebook.

Both extensions can be found via the Chrome Web Store, and are free to use.