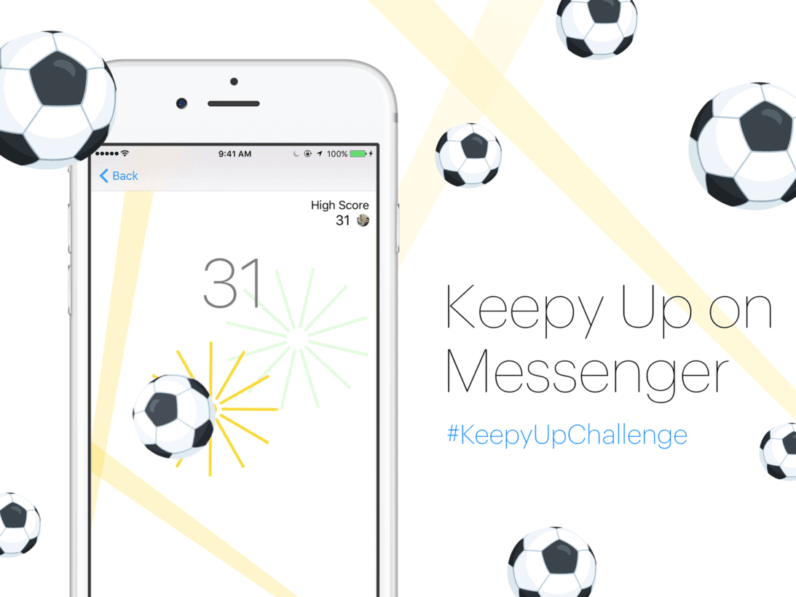 When March Madness came along, Facebook added a little easter egg that lets you send a basketball emoji and start a mini-game straight inside Messenger. Given its popularity, it’s no surprise that it’s released a new game for the #Euro2016 season – this time with the soccer (or football, depending where you’re from) emoji instead.

To start, you’ll want to use the same instructions as the Messenger Basketball game. Send the soccer emoji (here it is if you can’t find it: ⚽️) to your friend and tap it to start the game.

Instead of shooting it into a goal, you’ll want to keep tapping it to keep the ball in the air. After 10 points, it gets tougher with a little bit of distractions. We’ve tried this game for a few minutes and it’s definitely harder than you think.

The update is rolling out now so you might not see it available immediately – just keep your eyes on the new app version in your App or Play Stores to get in on the action. Enjoy!

Read next: You can finally watch Netflix while doing other stuff on your iPad