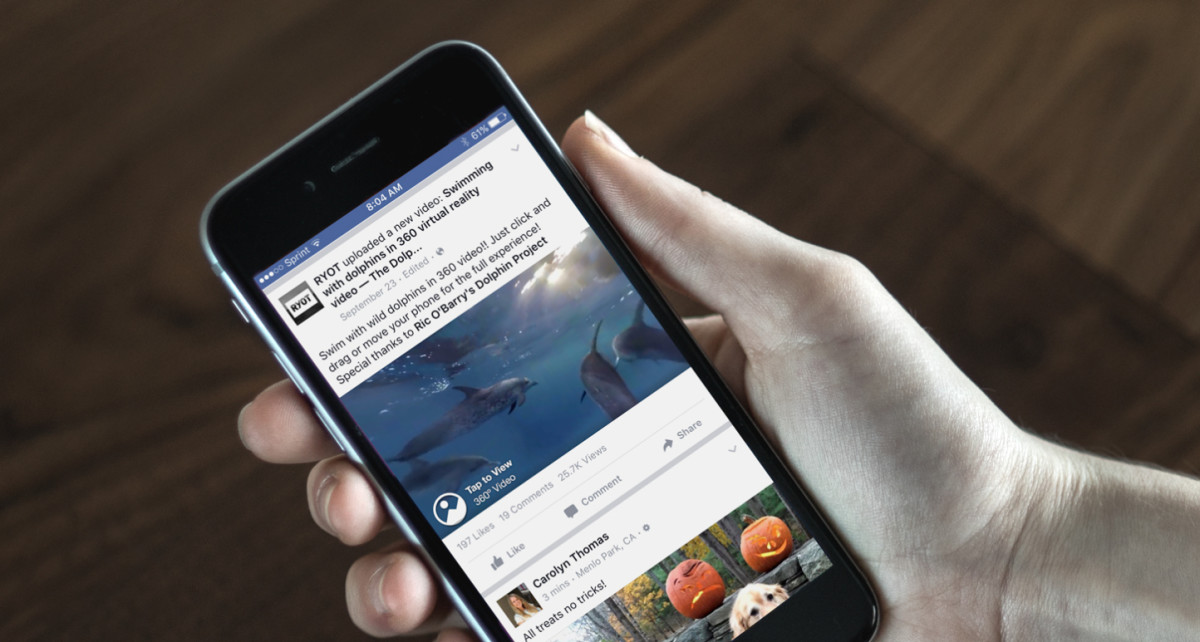 Facebook users on iOS are getting a neat little update today: they can now watch 360-degree videos.

The functionality has been available on Android and the Web since September, being one of the relatively rare cases where iOS users are the last to get a feature. It works by simply moving your phone around the air, or tapping and dragging to look around the landscape.

Meanwhile, the company has also added support for Samsung’s Gear VR headset, making for an even more immersive experience than just waving your phone around in the air.

Of course, there’s no point in having 360-degree video support if there’s no content in the first place, so Facebook is making it easier to upload 360-video from consumer cameras, including those from Theta, Giroptic, and IC Real Tech.

These companies will have video-sharing functionality built in to their mobile apps, but if you want to learn more about uploading immersive video, there’s a new dedicated site for you to explore, including tips and best practices.

Facebook is also enabling more brands to use 360-degree videos in their advertisements. That should theoretically allow for more engaging content, as users will be more compelled to interact with the ads.

360-degree video is one of the latest indicators that the company is taking its multimedia efforts very seriously. It’s recently implemented other functionality like pop-out video, and trying harder to remove copyrighted content from your News Feeds.