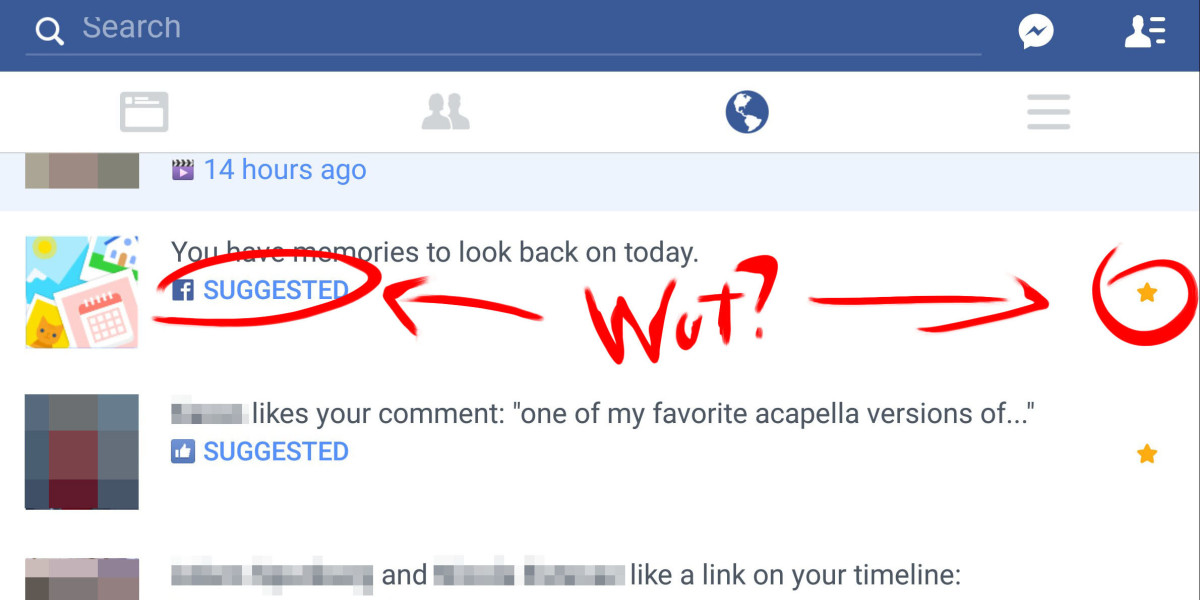 I noticed something odd while browsing Facebook on my phone last night. Some of my notifications were labeled ‘suggested’ and were accompanied by a star to highlight the text.

That’s weird. What does a suggested notification even mean? After all, opening up Facebook on the desktop showed me the same notifications without any special designation or fancy stars.

Basically, Facebook is guesstimating which notifications it thinks I care more to see. Twitter also began testing a similar feature in September, meant for popular folks who receive more notifications than your average tweeting Joe.

I don’t really think I receive enough notifications for this to be particularly helpful, and as the ‘suggested’ text also removes the post time, it’s a little annoying.

It’s obviously an early test of the feature, but so far I’m not convinced of its efficacy. Almost all of my notifications were highlighted, including some I didn’t care about. On the other hand, at least the ones that weren’t marked were genuinely things I would probably never click on in the first place.

There also doesn’t seem to be a way to turn off the feature at the moment, although it only shows up on my Android device.

Still, it might come in handy if you’re something of a gregarious social media guru, the kind with thousands of friends who might miss an important notification amidst a sea of candy crush requests.

Read next: Console a crying Drake by wiping away his tears in this single purpose app