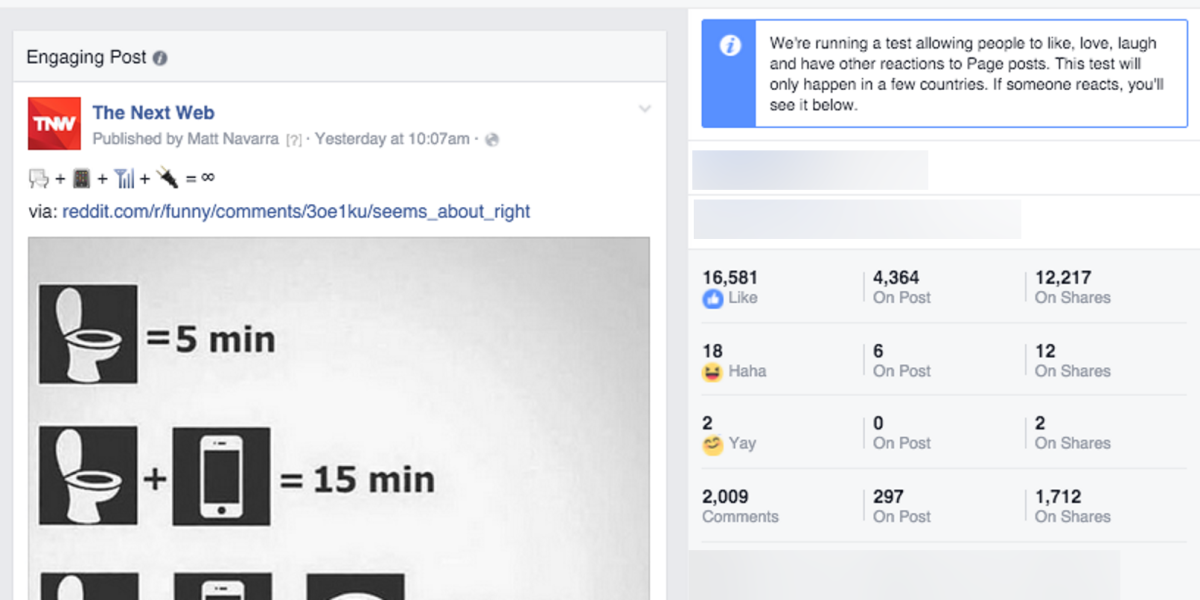 When Facebook started slowly rolling out emoji reactions to supplement its ‘Like’ functionality last week, most users first thought wasn’t about what happens once you click on one of those buttons.

But on the other side of that social media equation, there are people who manage Facebook Pages for personal or professional reasons, and for these people, the new emoji could be even more useful.

The new reactions show up directly in the insights panel, and are reported in the same way as Likes, indicating whether they were made on the original posting or a share of it.

Facebook said in its announcement of the new feature that the reactions will be treated in the same way as a Like in terms of ad delivery.

Of course, for users who can’t access the restricted test feature yet, this is probably just more frustrating information, but at least now you know that every ‘haha’ or ‘yay’ is also being used to target ads and content at you, as well as serving as giving you an extended range of reactions to items in your News Feed.

Right now, it’s only available to people in Ireland and Spain, but we’d expect to see it rolled out more widely given how much anticipation there was for something more than a Like button.

Read next: Popcorn Time for music is here