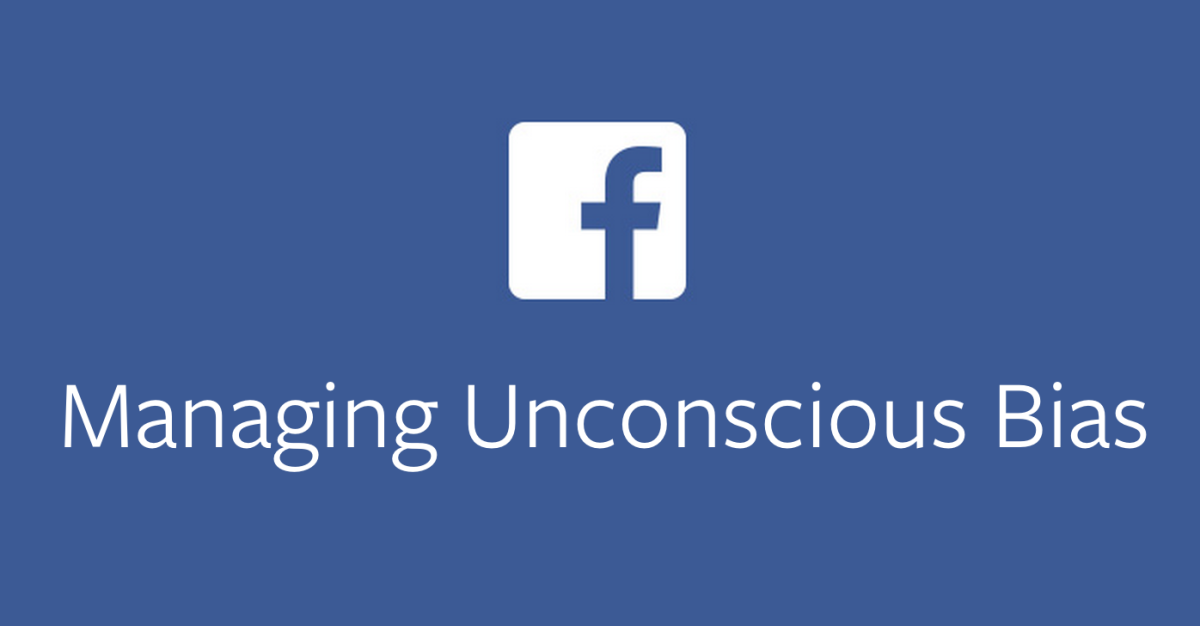 When tackling the problem of diversity in the workplace, Facebook is trying to address it from all angles. One of the biggest tentpoles in its plan is to collect its workers and make them look at their own bias and privilege.

Today, Facebook has made that course, called Managing Bias, available in a condensed version online as a teaching tool for other companies.

The course was developed to create a more inclusive culture for Facebook as a whole and, according to the Managing Bias website, to understand the limitations of meritocracy:

Research shows that individuals and organizations that believe they are meritocratic often have the poorest outcomes. That’s because when biases aren’t acknowledged, we can’t deal with them.

Managing Bias does exactly that: it groups Facebook employees in a room and makes them understand how they all contribute to unconscious preferences that taint meritocratic intentions. The company invites its employees to take an Implicit Attitudes Test (IAT) to help them understand how their own bias works. Then they drop aggregate knowledge about the way things are in helpful slides:

The above slide is the aggregate assumptions from different IATs, which show things many of us already feel to be true: three out of four people associate men with work and science, and prefer white, able-bodied people.

These assumptions are also reflected in Facebook’s current diversity report, which was updated in June. Among Facebook’s US employees, more than half (55 percent) of employees identify as white, and non-Asian minorities make up less than 10 percent of the total workforce. Nearly three out of four Facebook employees in senior leadership positions in the US identify as white, also.

And when it comes to gender, nearly 7 out of 10 of global employees at Facebook are male. In tech roles, 84 percent of its workforce is male. And in global senior leadership, 77 percent of employees are male.

Managing Bias is designed to show Facebook employees that awarding and rewarding work is affected by internal preconceptions based on how a person looks. On resumes, traditional male names like John or Dave perform better than female names like Julia or Daniel or traditionally ethnic names like Jamal or Dinesh. In the workplace, minorities are judged more on their proven accomplishments, while employees in the majority can rely on their potential. Men are rewarded for assertive attitudes, where women who achieve work success are perceived as cutthroat.

The course also drills down into more subtle bias — particularly maternal bias, which shows that working mothers who are perceived to be less attentive to their kids are given fewer opportunities in the workplace.

Managing Bias is one program among many that are designed to bring more inclusion into Facebook overall. But it is special particularly because it’s deeply internal — it forces Facebook employees to see that they’re not as “race-blind” or “gender-blind” as they think they are. And, just maybe, that could feed into the company’s hiring practices overall.

Read Next: Facebook ordered to allow Germans to use fake names

Read next: Excellent photo app Filters has been sold to Camera+, will live on!