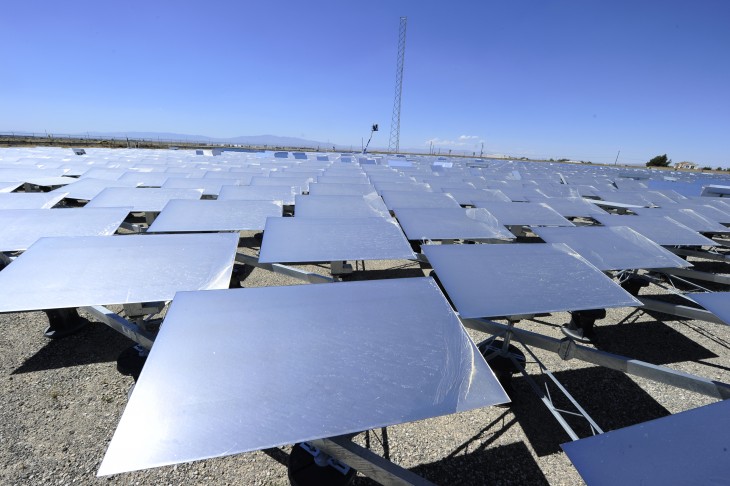 Facebook has announced a collaboration deal with global market intelligence firm, the Cleantech Group, to help find new ways that the social network can raise awareness amongst its users about clean energy and to help reduce their environmental impact. To do so, both organizations have launched a contest asking users to submit their concept pitches for products, applications, or services for a chance to win $25,000.

Called “Cleantech Goes Social“, the hope is for developers and teams to create useful Facebook applications that support Cleantech’s mission of increasing the adoption of renewable technologies, engaging people on resource and energy issues, and promoting environmental sustainability. With more than a billion users on Facebook, the amount of sharing and discussion that could take place is rather intriguing to Cleantech.

“There’s no shortage of new, clean technology addressing the world’s increasingly critical energy and resource challenges. However, engaging the public on these issues and bringing these technologies into people’s homes and businesses at scale have remained elusive goals. Facebook, which connects more than a billion people around the world, provides companies and individuals with an unparalleled opportunity to address this adoption challenge,” Sheeraz Haji, CEO of Cleantech Group says.

Cleantech says that those interested in applying for a chance at the top prize will need to complete an application form and submit a short pitch deck. All submissions will be judged based on the following criteria: its impact on the environment, how innovative it is, its feasibility, and usability.

All entries will be narrowed down to three finalists and Cleantech says that each one will be judged by 700 participants of its Cleantech Forum in San Francisco. The winning submission will receive $25,000 and mentorship from Cleantech and Facebook to help advance their product to the next step.

The cleantech industry is in bit of a flux right now. As the New York Times reported, the public stocks of solar, wind, and biofuel companies have been suffering due to industry pressure. Even governments have been reluctant to support it, with Europe pulling back on incentives and American subsidies in question in light of the surprising bankruptcy of solar panel maker Solyndra.

However, there are investors who aren’t ruling out the industry — take legendary venture capitalist Vinod Khosla, who believes that while cleantech may have had its time “when it was in vogue”, now is not the case. Nevertheless, he believes that the industry is still expected to do better than industry averages by “keeping our losing companies to a minority.”

So while there are companies trying to produce cleantech products, “Cleantech Goes Social” is interested in promoting the cause and getting people to support the industry’s innovations. To that end, the organization has opened up the contest to the following:

When asked about the social network’s involvement in this program, Facebook’s sustainability head Bill Weihl says, “This initiative is a great way to leverage the Facebook platform to motivate individuals, groups, and communities to participate, promote, and share around energy and resource issues. It should help to accelerate the adoption and impact of a wide range of sustainability-focused projects and services.”

Read next: Now you can share any Vine video to Tumblr and others blog with Vineit