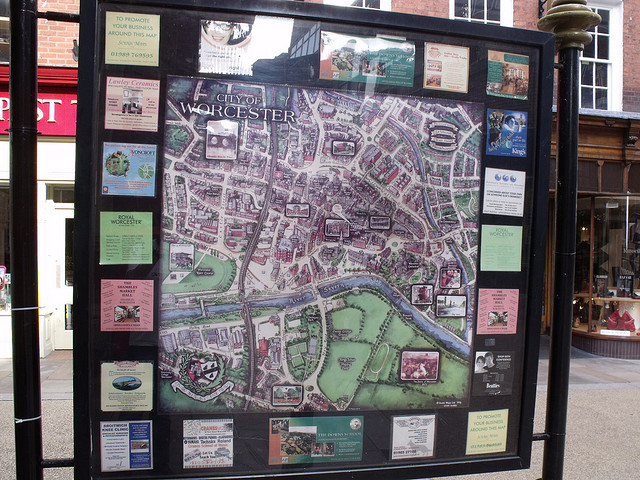 The great part about having a social network that over 900 million people are using is that you can find all kinds of interesting trends thanks to the data those users pump into the system. Facebook is now a public company and it has begun to start spinning up some of those stats to show how powerful it really is.

Today, the company took a peek at the location data people are sharing with their friends and family to find what it calls the “world’s most social landmarks.

The data that Facebook used came from its own built-in location product, as well as 3rd-party apps like foursquare, that use its API. To find the most interesting trends, the company tossed out boring places like airports and train stations, and uses data that goes back to August 2010, when its check-in product launched.

Here’s what Facebook had to share about the most social places in the world according to its user’s behavior:

Looking deeper into the data, we saw that shopping is popular internationally: malls and outdoor markets appear within the top 10 landmarks for 19 of 25 cities, including Sao Paolo’s Mercado Municipal, Seoul’s Dongdaeum and Melbourne’s Queen Victoria market. Amusement parks like Johannesburg’s Gold Reef City, Moscow’s Gorky Park, Copenhagen’s Tivoli Gardens and Seoul’s Lotte World were among the top 10 places to check-in. Restaurants like the Hard Rock Cafes in Buenos Aires, Delhi and Barcelona, TGI Fridays in Norway, and Bella Paulista Casa de Paes in Sao Paulo were favorites too.

Cities with warmer climates had more check-ins to outdoors spots, like St. Kilda Beach in Melbourne and the Wynyard Quarter wharf in Auckland, while those with colder climates had more activity in concert halls or bars. Six of Moscow’s 10 most popular slots belong to bars and clubs.

Examining check-ins by season let us uncover some summer trends. Music festivals like the Glastonbury Festival and Lollapalooza appear as top summer check-ins. Sports venues also ranked highly in the U.S., with Los Angeles, Chicago and San Francisco each featuring stadiums or arenas in their top 10 list. Baseball was also very popular in Tokyo, where the Tokyo Dome beat out its competition. In other cities, soccer, rugby, and cricket venues were popular summer hangouts.

Within individual cities, there were also some interesting comparisons. In New York, the American Museum of Natural History garnered more check-ins than its neighbor across Central Park, the Metropolitan Museum of Art. Rome’s Spanish Steps is one the city’s most social spots followed by the Trevi Fountain, just 10 minutes away. City architectural treasures and famous green spaces were popular throughout New York, Berlin, London, Rome – and Paris, where the Avenue des Champs-Élysées beat out the famous Eiffel Tower.

I’ve noticed that a lot of my friends that don’t use a service like foursquare or Twitter to broadcast location to the world are more than happy to check-in wherever they go within their more personal network on Facebook. According to Facebook, of this data was aggregated anonymously, so there’s nothing to worry about when it comes to your personal security.

Facebook acquired foursquare competitor Gowalla this year, mostly for its design and mobile capabilities, especially for its Timeline feature. It will be interesting to see how much location begins to influence the product, especially when it comes to its mobile offerings. Facebook also picked up Glancee, which was a hot location aware app at SXSW this year.

Will Facebook double-down on location? If it has learned anything from the beautiful product Google shipped with Google+ Local, the answer has to be yes. The social network has the largest number of engaged eyeballs in the world, ready to click on things and visit new places. It’s time to up its game, because foursquare and Google are eating its lunch.

I am a big fan of the map view on Facebook’s Timeline though, it’s really fantastic:

I imagine that we’ll see more of these trends, and hopefully some new features, in the near-future, as once you’ve shared quite a bit of information on the places you’ve been, it’s always fun to see what it all means in the grand scheme of things.