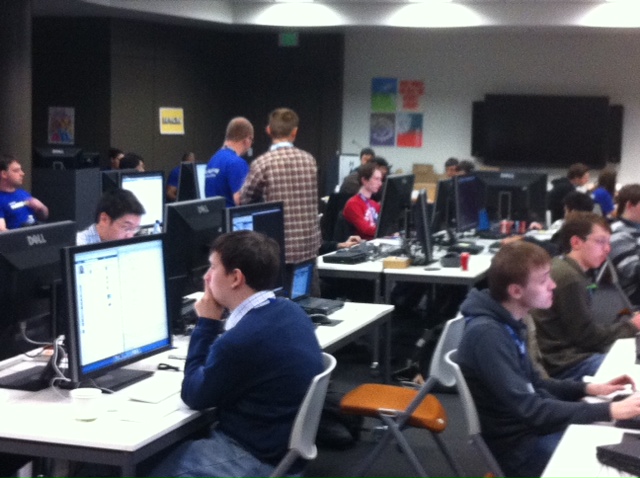 When you get 25 of the world’s best hackers in a room together, some amazing things are bound to happen. That’s exactly what’s going down right now at Facebook’s 2nd annual “Hacker Cup” event being held at its offices in Menlo Park.

The registration for the event opened in January and started off with three online rounds of problem solving. Out of 6,000 (8,000 submissions total) qualifying submissions, the group has been shrunken down to just 25 and flown to Facebook for the finals.

The top coders, all male if you’re keeping score, from around the world are a mix of students, independent coders, and professionals. Facebook paid their way to California, including a stipend for obtaining a Visa, since only one of the participants is from the United States. The rest of the finalists are from Russia, Germany, Ukraine, Poland, China, South Korea, Taiwan, and Japan.

The company describes the Hacker Cup as:

An annual algorithmic programming contest open to engineers from around the world.

The participants will be given three problems of varying difficulty to solve in three hours and will be judged on speed an accuracy. We’ll be able to tell you more about the problems that the hackers were given, and the winners, once the event is over this afternoon.

This event is very much what you’d expect from a company like Facebook, where hacking is a part of its culture. Products like Photo and Timeline have been put together during company hackathons, and we’re told that ingenuity and creativity is the core mentality at Facebook. No matter what language you speak, or code in, solving problems is what the company does and is exactly what it’s putting these hackers to the test on. 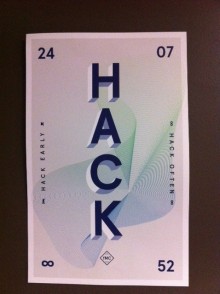 How hard are the problems that these folks are working on? Host of the event and Software Engineer David Alves tells us that “They’re really hard”, and I’ll take his word for it. According to Alves only two people completed all three problems last year, with only fifteen completing just one. Participants are forbidden from asking for outside help on the problems even though Alves says that “it wouldn’t help them all that much since the best of the best are in this room”.

Right now you can hear a pin drop as the developers have just been given their first problem to solve. We’ll be sharing more as the day goes on.