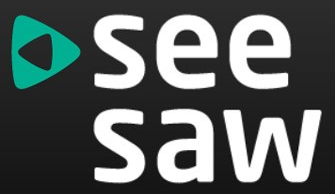 The saga of Facebook on the iPad has been long-standing. In case you missed the news from earlier today, the latest version of Facebook for iOS contained the “hidden” files that could be used to access Facebook’s iPad app. The only catch? You had to jailbreak your iPad in order to use it.

Only a few hours after we released the instructions for enabling the “secret” app, we started hearing reports that people were unable to access it. At first we chalked those up to people being unfamiliar with the process, but then the reports kept pouring in. Facebook, it seems, has closed off access to the files which were probably hosted on its own datacenter, then assembled into an application on the iPad itself.

As the title asks, so now what? We’re well into the 2nd generation of the iPad now, and the device is touting sales in excess of 29 million units, completely dwarfing any competition. There’s likely not a doubt in anyone’s mind that the iPad is the preferred way to sit around and browse content and yet Facebook continues to lag behind in providing what its users want.

However, Facebook isn’t alone in this. Recent social media starlet Google+ had to wait two weeks for Apple’s approval process before its iOS app could be released. When we finally got our hands onto it, we were equally impressed and depressed. The app doesn’t even begin to fully function in iOS 5 (which, admittedly, is still in beta) and it won’t even install on an iPad. In fact, the application won’t even install on an iPod touch, which ultimately led to us not bothering for a full review of the first version.

The biggest difference here is that Facebook doesn’t have a touch-friendly HTMl5 site that looks good on a tablet-sized screen. This is one area where Google+ has a definitive leg up. Though the dedicated app doesn’t work, the site itself is easily used and enjoyable on a tablet.

If Facebook is to maintain its dominance in the social space for any length of time then it’s going to have to shift its method when it comes to mobile. The mobile apps for Facebook have been mediocre, at best, and the lack of a dedicated iPad app for tens of millions of possible users is simply inexcusable.

Neither Facebook nor Google+ gets to hold the title of “the perfect social network“, but leaving millions of users out in the cold on a requested product is just bad business.