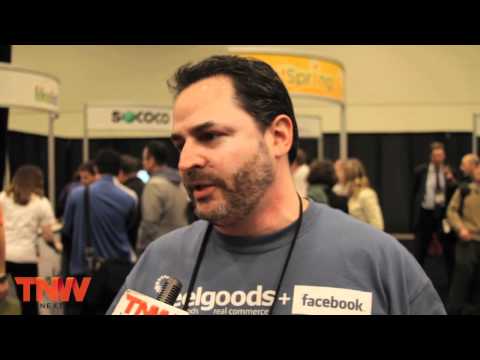 Facebook is about to hit another huge milestone as it nears 700 million users on the site. This has come in an incredibly short time since the news surrounding its 500 millionth user, which occurred last July 2010. Reports have shown that this significant new surge in growth is coming from Brazil, where the site has new-found popularity. Brazilians accounted for an additional 1.9 million users per month, representing a growth increase of a massive 11%.

Now that Facebook is becoming truly global (let’s not forget it’s still largely the reserve of Western culture) it has a new challenge to face: just what is its role in society as a whole and how is it going to shape the evolution of the web? We’ve been talking for a long time now about Facebook becoming the de facto web experience, and we’re moving closer to that becoming a reality. This brings with it a significantly important role for Mark Zuckerberg and co., which shouldn’t be underestimated.

Though Airbnb has just raised a significant amount of funding, this seems like a natural acquisition target for Facebook, who is not afraid of hoovering up talent or companies. The background of the two companies is somewhat similar, both with the bedroom startup mentality, but there is a much larger potential between the two organisations. Both seem to have a goal to allow the Internet to connect people in a very real way – though Facebook’s is online and Airbnb’s is in the real world. Facebook has struggled with its own initiatives to use its online capabilities to facilitate offline transactions between people – with the likes of Facebook Marketplace remaining a very minimal part of the site. By acquiring Airbnb though, Facebook could offer a wildly different service, that they are uniquely positioned to benefit from, as they can offer users the security that’s needed with a site like Airbnb. They have the mass of online connections globally to capitalise from and a service like Airbnb (or similar) could offer a whole new way for Facebook to penetrate the real world.

What’s interesting when reviewing the stats by Social Bakers into the fastest growing countries, is that Egypt features second, with a growth rate of 11.14% . Given the recent incidents in Egypt and the need for people to stay connected to gather vital information, this can hardly be viewed as a coincidence:

What’s unfortunate however, is that it took something as dire as a revolution to compel people to sign up and stay connected. Access to information is a basic human requirement now, and it could well be the case that Facebook has a job to do: to promote itself and the service to its emerging or untapped userbase. Information can also prevent crises from happening, as well as easing the situation once it’s in place. By stepping up marketing activity in these regions or finding new ways of making Facebook accessible, such as investment in local computer and Internet resources, Facebook can do a very real job of connecting the world, not just those that have access to the education and means to stay connected.

Most people aren’t aware of the fact that when you upload a photo to Facebook, you are essentially giving the company complete ownership of it. For brands this often causes huge problems, as they’re restricted by the content they can upload. They may have rights to upload to their own website for example, but uploading to Facebook means that Facebook has usage rights. From a user point of view, this rule is far too hidden on the site. When an organisation gets as big as Facebook now is, ownership of content like this becomes far too problematic. It puts control ultimately in the hands of one person, which stands in the way of Facebook developing as the open platform that it should be. This may not come without problems for example, as when Facebook is providing a platform like this there are of course going to be times when control is needed. But the guidelines need reviewing to protect both individuals and brands and respect people’s right to own their own content.

For some reason Facebook is lagging massively behind here, allowing incumbents such as iTunes and newcomers like Spotify and Grooveshark to soak up this market. While bands have turned away from Myspace and towards Facebook, the option for sharing music hasn’t really extended beyond posting a link to a Youtube clip on your Page.

While Facebook offer plugins for Pages such as Soundcloud or iLike, it’s letting services like Spotify make the most of the Facebook experience, by integrating Facebook Connect to find the music your friends are listening to. And Facebook faces a threat from Google who (re)introduced its Music offering at Google I/O this year.

Making music available to 700 million people in a new way is a huge opportunity for Facebook. And though this is likely restricted by the harsh copyright and privacy laws that are unique to Facebook, this should be the next big move that it makes. Any advancement it does make here will likely be supported by Facebook Credits, but Facebook has access to such a vast array of connections and technology to really change the way we listen to music online. I would expect them to make some moves in this space soon, as they recently announced their own revamped music page, though the offering is fairly basic at the moment, focusing more on tips for bands and venue owners to promote content to fans, as opposed to how it is made available.

Secure site for under 13s

Mark Zuckerberg has spoken before about the possibility of opening up the site to people aged under 13, and while this could be a good move, there is very definite way this should be done. I strongly believe that people need to be educated on social media from a young age, as it is now such a fundamental part of day to day life. Not being able to use the biggest social network until you’re 13 is almost like not being able to write until you’re 13. If you leave it too late, you risk missing out on a huge learning curve. Facebook for under 13s though should be a significant undertaking and should not, I believe, exist in Facebook as it does for everyone else. There are fundamental aspects of the Facebook experience that should remain, such as joining groups, sharing links, writing comments, following friends. But there are some parts that should remain distinctly separate – such as uploading photos and chatting online as the security threats are just too high. There is an education process needed in social technologies that we can’t afford to ignore any longer, and a beginner stage could be the right way to do this. For more on this, see our post: Child support: Working towards a child-friendly Facebook.

As social media proliferates through societies, it is invariably tied to very serious political moves and governments within individual countries. Some react very differently to others – as evidenced by the French government’s decision to restrict the words Facebook and Twitter from the airwaves. As the role of Facebook (or social media) is called into question throughout different populations, with extremely contentious issues emerging from China, Facebook has a very real challenge to keep the site apolitical. That is not to suggest that they would ever push a certain political agenda through the site itself, but that its considerations must remain to the users, not the systems that govern them. If social media is to remain a democratic platform, Facebook is the one that is wholly responsible for seeing that this happens. Facebook’s role here is not to challenge government rulings as this could ultimately be to the detriment of the site, but to ensure the platform continues to be open to all, for interpretation and use by the indvidual user.

Read next: Skype down. Again. [Updated]