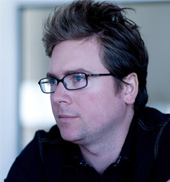 In the ever-mapping world of Facebook, the more photos that are tagged, the more relevant the data inside the Social Graph becomes. Seeing that fact, Facebook is introducing a new feature, Tag Suggestions, that will use facial recognition to give you suggestions of people you should tag in your Facebook photos.

US users, according to Mashable, will start seeing the feature in this next week. The interface? Pretty straightforward:

Though it appears to us that the tagging feature needs a bit of work (there are obviously six different people in these photos, yet the feature thinks they’re all the same person), the idea is still pretty handy. Of course, the issue will always remain of being tagged in photos that you’d rather not have seen, but that’s more between you and your friends, at this point.

You can, apparently, opt out of the Tag Suggestions, via your privacy settings. Taking it a step further, you can even opt out of having your photos suggested to your friends for any sort of tagging. Given Facebook’s history of privacy goofs, this is a nice, preemptive move.

We’ll take a deeper look at the feature once it rolls out to some of our TNW staff. For now, give us your thoughts in the comments.

Read next: Today, YouTube announces the arrival of its new homepage