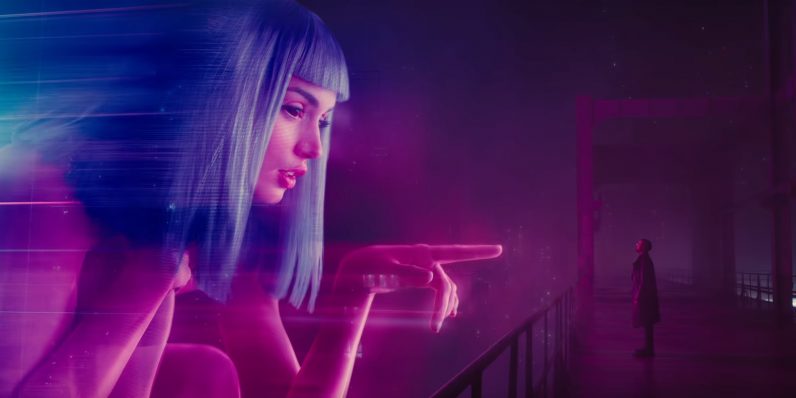 As you all line up to see Blade Runner: 2049, the sequel to the enormously influential Blade Runner, this week, remember the first film was based on an atmospheric story “Do Androids Dream of Electric Sheep?” by Philip K. Dick. So we started thinking: what other science fiction novels need a big screen adaptation?

Some might protest that I should put Asimov’s Foundation novels on the list, given their much broader scope and deeper ideas. But I would propose that this book, starring hard-bitten human detective Elijah Baley and his human-like robot partner R. Daneel Olivaw, would be a little easier to make, especially since it comes packed with meaningful imagery.

The first book takes place on an overpopulated Earth — three millennia into the future, roughly — that has condensed into contained cities. New York City is completely underground, and no human ventures into the outside. When a visiting Spacer (human who grew up on a less-claustrophobic colony world) is murdered, Baley and Daneel, a Spacer-created robot, team up to find the culprit. The novel has all the ingredients for a moody noir adaptation that gives us a look into a future of technologically-created segregation and phobias.

For such an influential dystopian novel with such vivid imagery and broad ideas, it’s incredible to me that this Alduous Huxley novel has never had a thoughtful, big-screen film treatment. The novel is one of the more cutting looks at the concept of “utopia,” and specifically a revolt against the technological paradises proposed by HG Wells.

In Huxley’s world, scientific and corporate tyranny has created a state where humans are born in hatcheries, sorted into castes of Alpha, Beta, etc, and the lower castes are mostly clones engineered to mindlessly serve the higher castes. The book takes a particular dim view of the future of automation, to the point where it renames the annual label from Anno Domini (AD) to After Ford (AF), referring to Model T and assembly line innovator Henry Ford.

The Lathe of Heaven

While technology isn’t front-and-center in this novel by Ursula Le Guin, it does play a part in its ultimate outcome. The novel is a look at alternate realities as created by its central character, George Orr, who literally dreams them into existence. His gift is later exploited by a doctor, who uses a machine to focus Orr’s dreams in an attempt to make the world a better place … at first.

The novel is an embodiment of the phrase “be careful what you wish for,” and it’d be interesting to see how a film explores visual differences between all of the alternate realities Orr dreams up. They are wildly divergent — in one, for example, a dream of peace on Earth brings about an alien invasion that unites the world against a common enemy. Finding a way to explore them while also not making it look like several different movies cobbled together would be tricky — but amazing if a good director could pull it off.

Snow Crash by Neal Stephenson is one of those novels that wouldn’t seem possible to adapt even a decade ago. It’s an adventure novel that takes place in a cyber punk future and involves a hacker fighting a mind virus. It was also hugely influential — if you’ve played Second Life, or used Google Earth, or said the word “avatar” in the context of an online persona, you’ve been influenced by Snow Crash. The book even predicted the presence (and importance) of memes.

A film version of Snow Crash would probably look a little goofy, and the challenge would be exploring its more in-depth parts while also doing justice to the action sequences — because I would want to see those. And one might have to change its conception of AR and VR to be more in line with the modern user’s perception of it. But it’d be a particular fun movie where the others on this list might have to be more thoughtful.

The Moon is a Harsh Mistress

One of the original novels to feature a supercomputer as a character, Robert Heinlein’s novel is awash in political commentary and is generally a more down-to-earth (ironically, given the setting) vision of a technological future. The moon has become a penal colony for Earth’s malcontents and criminals, who have developed their own society over the years. The brutal-but-fair society engenders a revolution when they come into contact with Earth-born people.

You’ll recognize some of the trappings of older science fiction — the supercomputer fills a whole room and uses physical paper, for example. But it’s not as though Robert Heinlein could have seen our comparatively small, yet powerful computers. Humans have cybernetic augmentations, but they’re not exactly more powerful than the ones we have today, and they’re not considered a desirable thing. Any film version of this could probably use practical effects over CGI, up to a point.

What science fiction novels to you think are ripe for a big screen adaptation? Let us know in the comments.

Read next: These gadgets are all you need to be a ‘professional’ ghost hunter