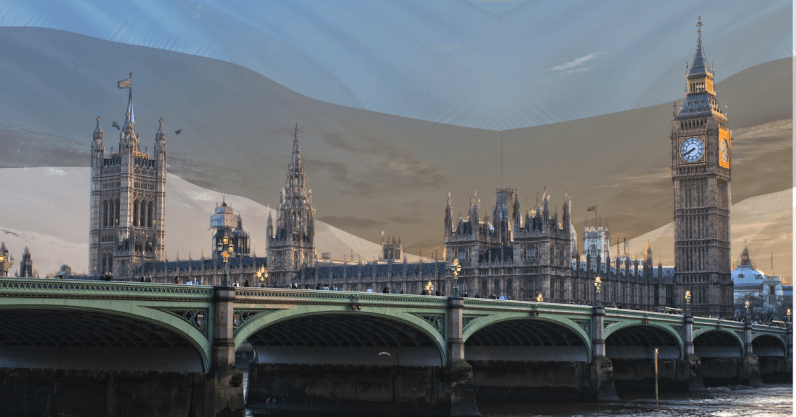 I’m not going to try to explain Brexit or where it’s headed, because it’ll be outdated before the day is out. It’s a mess no matter what your stance is, and it’s shrouded in uncertainty.

What is clear is that everyone needs to prepare for the worst case scenario. The UK government has tried to come up with solutions to make the breakup easier on the country’s startups, but it hasn’t addressed the biggest issue: losing access to the EU single market. Luckily, Estonia offers a way for the UK to maintain its foothold.

I visited the e-Residency office in the capital city Tallinn, a unique program that lets foreigners register to become ‘e-residents’ of Estonia. “We saw a sharp increase in applications due to Brexit right after Article 50 was triggered,” Arnaud Castaignet, Head of Public Relations for e-Residency, told TNW. “We received more than a thousand emails that week as many people discovered that they had a solution which could potentially help them remain in the EU business environment and single market.”

Estonia currently has 2,651 British e-residents that have set up 312 companies in the country, and 40 of those were established this year. There’s clearly a lot of interest from the UK in Estonia’s e-Residency program, but what exactly does it mean to be an e-resident, and can it really solve UK startups’ Brexit woes?

It doesn’t matter where you’re from or where you’re located, anyone can apply online to become an Estonian e-resident. The whole process takes only a few weeks and if you’re accepted, you’ll get a government-issued digital identity card which gives you online access to all of Estonia’s governmental services in English, such as company formation, banking, payment processing, and taxation.

That sounds… neat? But why is gaining access to governmental services of this Baltic country desirable? Well, first of all, Estonia is at the forefront of digital governance in the world, letting citizens and e-residents sort out bureaucratic stuff in a few clicks, instead of racing between various governmental bodies and dealing with paperwork in person.

The second benefit is probably the most important one for UK startups: Estonia is in the EU. That means the companies you just set up in a few clicks have access to the biggest single market in the world, making it incredibly valuable for entrepreneurs and freelancers. But how do existing UK startups fit in with the e-Residency program, and how can they mitigate the damage that Brexit could deal to their businesses?

“Once you’re an e-resident, in only takes a couple of minutes to create a company,” Castaignet explains. “And the companies created through e-Residency are just like any Estonian company. You have the exact rights to access your physical market.” This means British citizens can found new companies in Estonia and run their EU operations through them.

The funny thing is, what could be a crucial lifeline for UK startups was just a byproduct of the Estonian government cutting costs. After Estonia gained its independence from the Soviet Union in 1991, it was in a hurry to catch up with the Western world in every way. One important step was providing the same level of governmental services, but cheaper, to make up for the country’s small population. So the Estonian government swiftly began adopting new tech and optimizing its services to make them easily accessible.

“Establishing e-Residency didn’t cost much, because it’s not a technological innovation at all,” says Castaignet. “In 2014, the Estonian government simply decided to give access to the infrastructure which already existed for our citizens to the rest of the world. It’s basically a byproduct of a digital society.” Today, this has culminated in one of the most progressive digital governmental environments in the world — and that’s what e-residents get access to with their Estonian ID.

It seems weird that this ‘backdoor’ exists to Europe’s single market, but Castaignet explains that most EU countries already allow non-residents to found companies. It’s just the digitization that sets Estonia apart, which has made it a popular choice for people who need to manage their EU operations on-the-go or outside the union. Other member states also aren’t opposed to Estonia providing this service as it doesn’t affect e-residents’ taxes in their home countries (i.e. not a tax haven), making it an ethical backdoor.

“Every e-resident still pays their personal income tax where they live and corporate taxes need to be paid where the company generates value,” says Castaignet. He adds that some of those taxes do end up in Estonia, but it’s not a particularly impressive sum.

It’s actually all the “indirect benefits” of the e-Residency to Estonia that are the biggest boon, according to Castaignet. When people become e-residents, they might need a virtual secretary, legal advisor, or other business services. To help e-residents out, e-Residency puts them in contact with Estonian companies that can help, boosting the country’s private sector. e-Residency and Estonia’s other digital initiatives also greatly add to the country’s soft power, making Estonia often central in geopolitical discussions on tech.

Kaspar Korjus, the former Managing Director of the e-Residency program, believes the program has a chance to grow even bigger in the future and possibly change people’s outlook on the world and nation states.

“Today, Estonia has opened its business environment up to the world, and who knows, perhaps we’ll soon see it do the same for healthcare, pensions, and mobility. Each nation can find the services where they can offer unique value to the world, like startups do. This means that like startups, nations can also scale. They can start growing exponentially, making for huge economic impact and strengthening national security.”

Korjus envisions the more e-residents a nation has, the more likely the nation is to be prosperous, as more people are dependent on its services and invested in its success. When a nation reaches that state, it could digitize even further, operating wide-reaching technological platforms powered by AI and automatization, which runs the daily operations on behalf of the residents and e-residents.

While this might seem futuristic, Korjus says the benefits have already started to show as e-Residency champions a better and more open way to look at the world — something which is absolutely necessary in today’s digitized global community:

“In opposition to closed, protectionist, and populist movements occurring around the world, Estonia has proven that being open, transparent, and inclusive, enhances its economy and national security.”

If you’re interested in knowing more about borderless states and e-Residency, make sure to catch Kaspar Korjus’ talk at TNW Conference 2019! Book your ticket here.