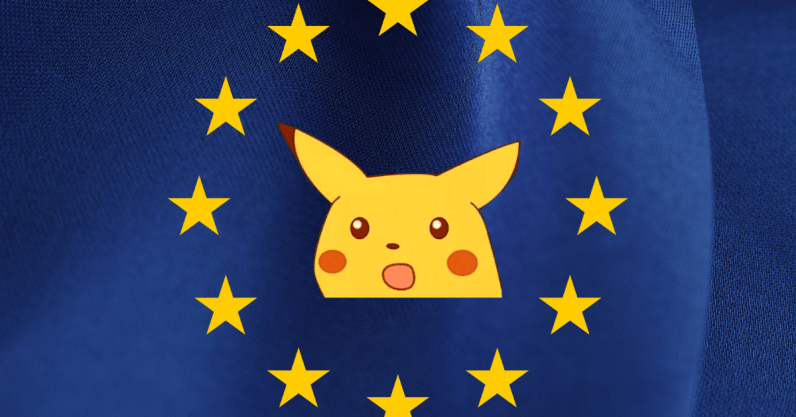 All the channels were completely innocent of any wrongdoing and the incident raises serious questions about automated review of content — something that needs to be answered ahead of the EU‘s upcoming Copyright Reform.

In case anyone at @TeamYouTube is taking notes on today's mishap, CP stands for Combat Points. I'm on board with fighting back against inappropriate content, but your algorithm needs a lesson in CONTEXT.

Also, just to reiterate, MANUAL REVIEW BY A HUMAN BEFORE TERMINATION pic.twitter.com/qHLP5GGe9J

It appears the channels were shutdown over the acronym CP, which stands for a pokémon’s combat power. YouTube, however, took it to mean ‘child pornography’ — although nothing about the videos pointed towards that.

Nicholas Oyzon, the man behind Trainer Tips, said in his video regarding the deletion that his Google account had also been terminated (YouTube is owned by Google), locking him out of all its services. This meant he couldn’t receive communication from YouTube explaining the decision after it deleted his channel.

He was appalled that YouTube went straight for deleting his channel without even running it by an actual person. “Any human in their right mind would’ve seen immediately this is not what that is,” Oyzon said.

What does this have to do with the EU’s Copyright Reform?

The EU‘s incredibly controversial Copyright Reform has been hotly debated over the last couple of years. All sides agree the laws need to be updated to match our current digital reality, but disagree on how to achieve that.

Article 13, which was recently cemented in the final version of the proposed legislation, has been one of most contested part of the reform. It’ll effectively make platforms accountable for any copyright infringement by its users.

‘Upload filters’ aren’t specifically mentioned in the reform, but opponents of Article 13 argue that they’d be inevitable under the new law because commercial sites and apps which allow users to post content would be obligated to make their “best efforts” to preemptively buy licenses that users may upload.

But that seems like an even more impossible task, since one of the world’s most advanced tech companies can’t correctly separate videos on Pokémon Go from child abuse material.

The lack of human involvement in YouTube‘s review of the Pokémon Go channels and its extensive effect (blocking of all Google services) are a worrying example of things to come.

To be fair, supporters of the proposed Copyright Reform argue that upload filters wouldn’t be needed — but they’ve yet to provide a comprehensive technological alternative.

However, Article 13 and the rest of the reform isn’t law yet. The final text of the Copyright Reform will now have to be approved by the Legal Affairs Committee, then voted on by member state governments in the European Council — but it’ll likely be passed there.

That’s why opponents believe the final vote in Parliament — where all 751 MEPs who represent EU citizens will weigh in — will be the best chance to stop it. It’ll likely take place at the end of March or first half of April, and opponents believe it’ll be possible to get a majority against the controversial proposal.

Read next: This $20 course shows you how to shoot amazing videos right on your DLSR