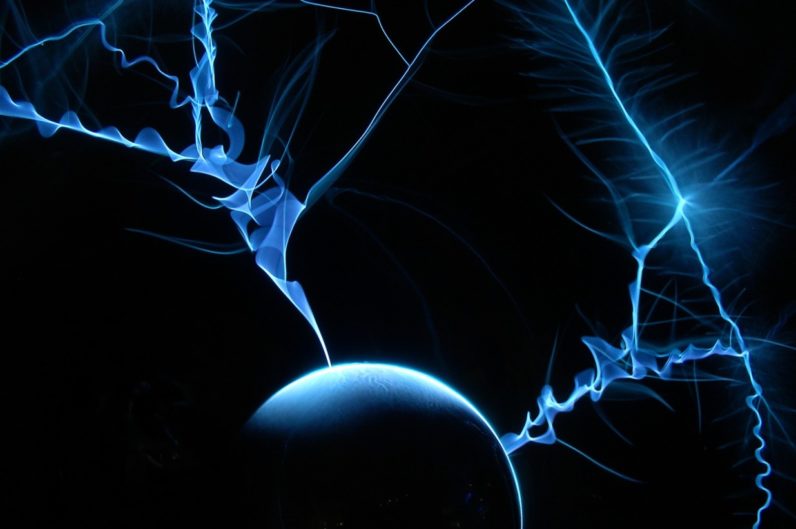 Anybody with a modicum of rationality knows that we, as a species, need to make a shift towards renewable energy — or face dire consequences. But the problem with renewable energy is its inconsistency, which makes it harder to implement on a larger scale.

A number of startups and companies are working on creating peer-to-peer energy markets that will help systems utilize energy more efficiently (good for Mother Earth) while giving regular people the option of selling their excess energy (good for Mother Wallet).

One of the promising solutions to creating peer-to-peer energy markets is Germany’s gridX. TNW spoke with founder and CEO of gridX, David Balensiefen, about the need to change our current energy model.

“Ultimately, our goal is to go against big energy companies and bring the power to the normal customer.”

First of all, there are a lot of terms floating around when it comes to peer-to-peer energy markets. Some speak of smartgrids, others of decentralized power plants. If you create a responsive energy grid that can connect multiple residential solar panels and move excess energy from one region to another that needs it — then you’ve got all these things in one. And that’s what gridX and other companies are working towards.

GridX’s main product is its gridbox, which normal users can install in their homes. The box works as a switch between the user’s solar panels, battery storage and the national grid.

“All current renewables have great fluctuations in energy output and if you don’t know how to sell that electricity to the market, you’ll always have big economical losses. So what we changed was to make the market efficient and help customers get more and more money out of it,” says Balensiefen.

By doing that, gridX can make renewables a more appealing option for the general public. Instead of just providing the benefits of more sustainable energy consumption, it also gives people direct financial incentives which, let’s face it, seems to be a much stronger motivator for people.

According to Balensiefen, a regular user can make around €250 (roughly $300) per year from selling excess energy via gridX’s technology. It’s not huge sum but it’s a whole lot more than nothing, and it provides more people with clean renewable energy. He also adds that gridX helps home owners optimize their energy efficiency by up to 15 percent.

TNW has covered a lot of other cool initiatives that aim to transform the energy market in positive way, like Brooklyn Microgrid and Australia’s digital energy marketplace. However, what I’m personally most interested in when I come across stories like this is how likely it is that these solutions will be implemented on a large scale, country-wide.

The Brooklyn Microgrid is a really cool project, and is similar to gridX in that it uses existing infrastructure for distribution. However, the microgrid is separate from the national grid but operates alongside it, which means that it can function during general power outages. This seems like a great upside, but for a layman (like me) it seems that the shortest way to get to a country wide peer-to-peer energy market would be to integrate it as much with existing systems as possible — to get to the general consumer.

GridX’s tech taps directly to the national grid and can distribute energy anywhere within Germany, effectively solving the problem of distribution. However, for gridX to truly become country-wide, Balensiefen says they must grow their pool of ‘prosumers’ — homeowners that have solar panels and a gridX box.

“The tech is already there, but peer-to-peer based solutions get better and more efficient the more people you have in the community. […] We’re close to being country-wide, but there’s one step missing which is getting scale. So we have to bring our box to every household in Germany, or all of Europe, which has solar panels.”

But using existing infrastructure means dealing with the more established players of the market. When asked about how big energy companies and national providers respond to initiatives like gridX, Balensiefen says that the response is quite “bipolar.” There’s a lot of pushback from certain companies, but some big national energy providers do realize that the future is in decentralized production and consumption of energy, along with peer-to-peer trading.

If smartgrids and peer-to-peer energy markets are supposed to make a real contribution to prevent climate change (or at least make a shitty situation less shitty) then they need to become adoptable on a large scale — basically to become “mainstream.”

Governments need to get on board

Although governments are scurrying to find ways to adhere to the Paris agreement (except for that Trump fella), there’s been little action from most governments when it comes to developing peer-to-peer energy markets.

It does seem however, that governments are slowly realizing the importance of digitizing the energy market — especially after the EU’s new energy declaration.

TNW reached out to Siim Meeliste, Estonian Presidency Official and Counsellor for Energy, who said that the declaration includes openness towards solutions like two-directional smart meters, and neutral data exchange platforms.

The EU’s intent push towards digitizing the energy market is truly admirable and necessary for a viable future. Balensiefen agrees with that, but adds that it’s important that the EU follows the declaration with “extensive actions.” There’s one clause in the declaration in particular that Balensiefen feels is important:

[We will strive to] take measures to integrate the benefits of European wholesale market to retail markets to empower consumers for more active involvement on demand side management, to enhance competition and reduce energy poverty.

“It is essential to make small scale producers competitive in the market. For example the reduction of grid transmission fees for regional production and consumption of renewable energy would be a first step,” says Balensiefen.

The tech for peer-to-peer energy markets is out there — whether it’s gridX, Brooklyn Microgids, or someone else — but that tech needs to be implemented as soon as possible to fight climate change. To do that though, governments need to own up to their environmental responsibilities and back up the wave others have already kicked off.

Or we will all suffer the consequences.

Update: In the original version of this story we incorrectly stated that the Brooklyn Microgrid had to build its own infrastructure. In reality the microgrid uses existing distribution infrastructure, but operates alongside the general grid.

Read next: Get all the web development training you’d ever want or need — now for an extra $10 off