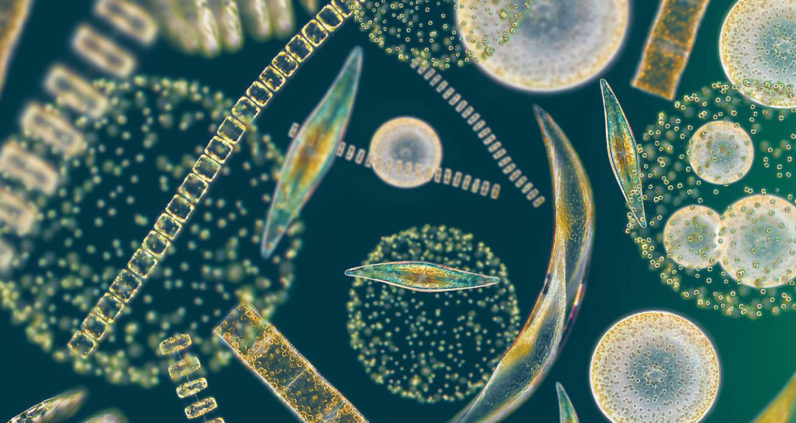 Solar panels are quite an inefficient form of renewable energy – only around 20 percent of incoming sunlight is turned into energy. However, with a little help from millions of years of evolution and some algae, solar panels could start to shape up.

Founded in 2014, Swedish Algae Factory is an algae cultivator with a sustainable mindset. The company, a self-proclaimed “visionary algae lab,” works with a specific strain of Diatom algae that can endure and multiply in the grim low-light, low-temperature conditions of the Nordic sea and has a set of remarkable abilities.

The outer shell of the algae allows it to absorb light very efficiently, enabling it to survive its harsh conditions. CEO Sofie Allert and her team discovered a way to harness this capacity to increase the efficiency of solar panels. “Basically what we do, is that we extract a material from algae that is designed by over a 100 million years of evolution to secure the survival of a specific algae group,” Sofie told TNW via email.

“The material constitutes the shell of a microscopic algae group called diatoms. This nanoporous silica material is naturally designed to trap visible light extremely efficiently in order to secure that the algae photosynthesize even when there is not that much light present,” she continues.

A light-absorbing layer of this material is spread evenly over silicon solar panels, or over the encapsulant layer under the glass. This layer makes the panels less reflective, meaning more sunlight gets through to the solar cells, thus making them more efficient.

The solution can be added to existing solar panels as well for enhancement of their efficiency, but also works with newer solar tech known as Dye-Sensitized Solar Cells (DSSC). Both types see significant improvements in performance with the added algae layer.

This environmentally friendly process increases standard solar panel efficiency by over four percent, but the team is continuously looking for ways to improve their methods. Sofie explained that existing solar panels are getting close to their maximum efficiency, so to overcome this issue, the team also tested their methods on DSSC, that are expected to be released in Europe in 2020.

By incorporating their material in the light trapping titanium dioxide layer of the DSSC panels, the team managed to increase these panel’s efficiency by a massive 60 percent. This drastic improvement is reached as it is not crucial for an even layer of silica shell to be spread over DSSC technology, making it easier for the Swedish Algae Factory’s materials to reach their maximum potential.

This ingenuity has not gone unnoticed, with Swedish Algae Factory recently winning the World Wildlife Fund’s (WWF) 2017 Climate Solver award in Helsinki. According to WWF, this technology has the potential to significantly reduce the cost and increase the efficiency of solar panels in the future. WWF go on to say that technology such as this could reduce CO2 emissions by 21 million tons annually if 30 percent of the market is penetrated by 2027.

Working with the European Solar Energy Research Institute, the Swedish startup plans to trial their technology on select solar panel distributors in 2018 and aims to build their first algae cultivation facility by 2019. Their vision is to establish one hundred Swedish Algae Factories globally by 2030.

By using natural and inexhaustible materials such as algae the possibilities are endless when it comes to lowering costs and increasing performance. It’s no surprise that nature has found the answer to yet another complex problem.