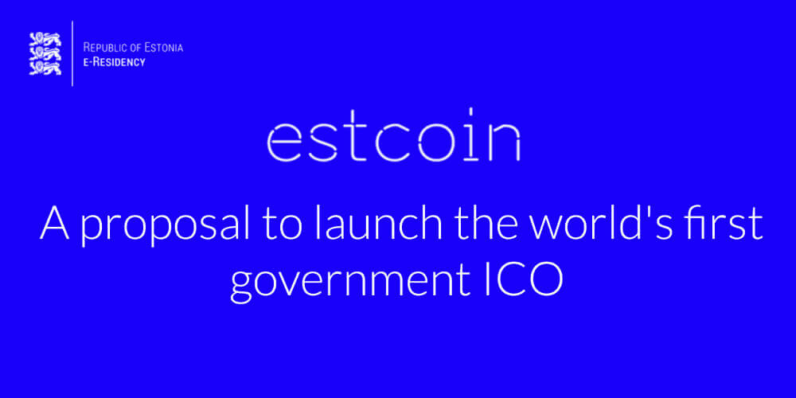 Update Dec 19: It’s been confirmed that Estonia is moving forward with its plan — after a rigorous review process — to launch its very own crypto token, estcoin. Read the original idea below:

Kaspar Korjus, the Managing Director of Estonia’s e-Residency program, just announced the program’s proposals to make Estonia the first country in the world to launch its own crypto tokens and Initial Coin Offering (ICO).

In his blog post, Korjus illustrates how creating ‘estcoins’ could greatly benefit Estonia and its international e-residents. Launching the cryptocurrency could create an impressive digital investment fund raised through the world’s first government-supported ICO.

One of the advisors that provided feedback for the proposal was Ethereum founder Vitalik Buterin. He’s had a keen interest in Estonia’s digital development and believes that launching an official cryptocurrency could provide new ways of incentivising investors to support a success of a country.

“An ICO within the e-Residency ecosystem would create a strong incentive alignment between e-residents and this fund, and beyond the economic aspect makes the e-residents feel like more of a community since there are more things they can do together,” said Buterin.

“Additionally if these estcoins are issued on top of a blockchain (they could possibly be issued in multiple formats at the same time, nothing wrong with this) then it would become easy and convenient to use them inside of smart contracts and other applications.”

Korjus emphasizes that there are various ways to structure the initiative and manage the funds, but one option would be to mimic the Norwegian oil fund. The money raised from the ICO would be invested in ventures, both public and private, that would advance Estonia’s status as a digital nation.

TNW reached out to Korjus to find out how close Estonia actually is to launching its own cryptocurrency. He says the idea is still in it’s early stages but Estonia has the infrastructure to make it happen:

“Our goal with presenting the idea today is to get feedback and gather thoughts before moving ahead with developing the idea further. We already see a strong interest and support coming from the leaders of Estonia’s startup community.”

Government issued digital identities — which are fundamental to creating a digital nation — are also key to establishing a government-backed cryptocurrency.

“We believe Estonia’s secure digital identities are the best solutions for trading crypto assets in a trusted and transparent digital environment. It avoids tokens to be counterfeited or used for illegal activities. Again, it is still an ongoing conversation but there can be also this option, for example, that you identify yourself but then choose to keep being anonymous. Then, if something bad would be detected, the regulators would have the transparency.”

Proposing to create a government issued cryptocurrency might feel like an extremely bold idea, but it could be argued that a state run ICO is merely the 2017-version of government bonds. However, despite the similarities, Korjus feels there are new opportunities to be had with government-backed ICO that bonds didn’t provide:

In both cases, the idea is to fund projects. However, as Ethereum founder Vitalik Buterin mentioned, estcoins could be used to incentivise investors to support the success of a country in a way that is not currently possible through existing means of raising international finance. Also, if these estcoins are issued on top of a blockchain then it would become easy and convenient to use them inside of smart contracts and other applications.

Last but not the least, bonds may create financial instability if a country faces a difficult economic situation. Then, its ability to pay back debt would go down and its need for more debt would go up, leading to a vicious circle. Creating instruments where incentives between government and holders of these instruments are aligned seems to me to be a win-win.

Estcoin is still only at the idea stage, but it’s based on thorough research and great technological infrastructure. By already having government-issued digital IDs in place, Estonia is the perfect country to pioneer a government issued cryptocurrency and ICO.

Korjus also makes it clear in his blog that just like the e-Residency program, estcoins could serve as a blueprint for other countries on how to implement digital governance. The e-Residency team is ready to move forward to launch estcoins, but Korjus says it’s important to have an open national discussion first — which would of course include Estonia’s international e-residents.

If you have any thoughts on the issue you can use the hashtags #estcoin and #eResidency to make yourself heard.

Read next: How to develop your great idea into an app without tech knowledge