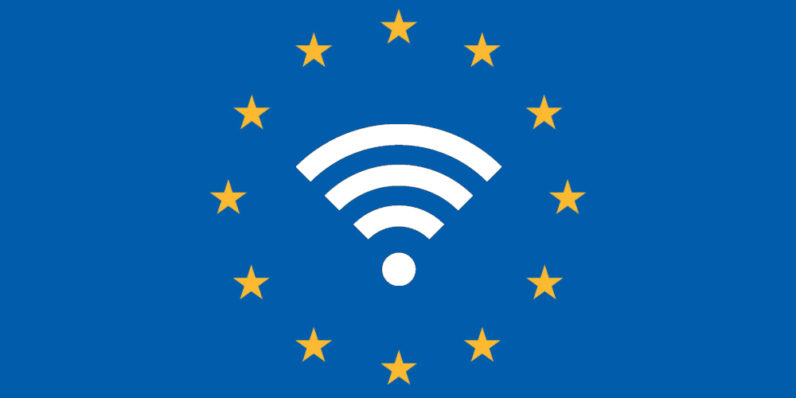 Last year, the European Commission convened to ponder over equipping numerous public spaces in member states across the continent with free wireless connectivity, ultimately pledging $134 million to reach this goal.

Following a resultant meeting with the European Parliament and Council earlier this week in Brussels, the Commission announced it has officially reached political agreement to launch the so-called WiFi4EU initiative.

As Commission President Jean-Claude Juncker stated during the first assembly, the campaign aims to supply “every European village and every city with free wireless internet ac­cess around the main centres of public life by 2020.”

“The Digital Single Market strategy aims to build a fully connected Europe where everyone has access to high-quality digital networks,” Ansip commented. “The WiFi4EU initiative will improve connectivity in particular where access to the internet is limited.”

“WiFi4EU is a welcome first step, but much more needs to be done to achieve high-speed connectivity across the whole EU territory – such as improving Europe-wide coordination of spectrum and stimulating investments in the high-capacity networks that Europe needs.”

The current agreement seeks to install free wireless hotspots in 6,000 to 8,000 municipalities across member states. While the legislative details are yet to be determined, the Commission said that the funding application procedure will make it fairly simple for local authorities to apply.

The Commission will then distribute grants in the form of vouchers to select municipalities to “purchase and install state-of-the art equipment” for wireless access points. The running costs for the connectivity will be covered by the public authority.

While this is all good news for European citizens, free wireless connectivity has often been abused by certain individuals for the sake of performing indecent acts in public: Just ask New York or the city of Patna in India about it.

In addition to this, there are also concerns with people using the public internet offering to download and stream pirated content.

Given the push for more lenient cross-border media consumption laws, the Commission is already giving bored travelers an incentive to steer away from illegal content – though chances are more efforts would be needed. In any case, resorting to censorship – like McDonald’s did – should never be the solution.

Other than that: Big ups to Juncker and his administration for making the digital landscape of Europe all the more welcoming to thousands of locals and tourists.