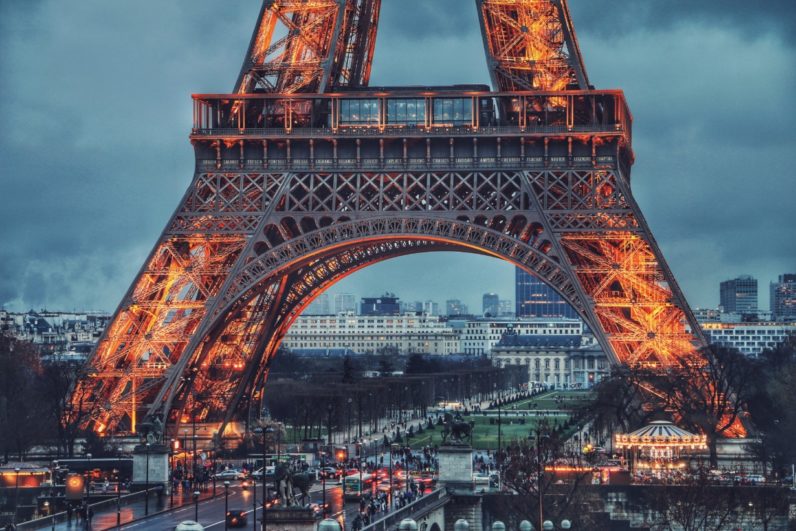 The World Economic Forum just published a fascinating article charting the growth of the European startup scene, contrasting it to the larger tech ecosystems of Silicon Valley and Asia. If you’re a European founder, you’ve got cause to be optimistic — funding is easier to get, there’s so much innovation happening here, and tech talent is everywhere.

I’m not going to regurgitate the piece, but here are the key-points. People have more appetite for risk, with 85 percent of people saying it’s socially acceptable to start your own company. Huge swathes of Europe — namely the Benelux region, the Nordics, and the Baltic countries — generate as much as eight percent of GDP from information technology. Facebook, Microsoft, Amazon and Google are hungry for European tech acquisitions, and investments are at an all-time high.

Despite that, I often notice people compare the European and Californian tech scenes, with the EU coming up short in their estimations. While it’s absolutely true that Silicon Valley tends to have more ‘unicorn’ status companies (according to CB Insights, there are 19 in the EU. I counted 105 for the United States), and funding is easier to come up with, there are some things the Europe does especially well in the startup world.

I think the first mistake that people make is looking at the European tech scene as one large, monolithic block. It isn’t. Rather, it’s a collection of regions and cities, each with their own strengths and weaknesses.

Take Slovakia, for instance, which I had the pleasure of visiting a few years ago. This tiny country nestled in the Carpathians produces a prodigious amount of technology companies. It has over 100 companies on the Inc. Europe 5000 list.

Because Slovakia is such a small country (almost 5.5 million people), companies can’t rely on the domestic market for success. They have to look further afield. The end result is a startup scene that’s outward looking, and deeply international.

On the flip side, startups in other larger European countries can start locally, before then expanding abroad. I spoke to Alexander Klopping, CEO and founder of Blendle, last week at TNW Conference. He argued that by starting in the Netherlands — a medium-sized European country — he was able to perfect his product and business model, before expanding to Germany and the United States.

It also means that founders can be responsive to changes in a way that American startups simply can’t be. It’s very difficult for American startups to relocate post-Trump. But there’s nothing stopping British startups flocking to Germany after the Brexit referendum, as has been the case.

Another thing the Europe does very well (although, this varies from place to place) is institutional support.

A lot of this comes from the European Union. The HORIZON 2020 program has earmarked billions for startups, entrepreneurs, and SMEs. But there’s also support from local and central government in the form of funding and mentoring.

One example is the UK’s Tech City program, which has amplified British startups in a way that hasn’t really been seen before. Tech City was set up in 2010 to by then Prime Minister David Cameron in order to support the so-called Silicon Roundabout in Shoreditch. In addition to being a champion for British tech, it gives technology companies a valuable voice in government.

Tech City also has a sister organization, called Tech North. This does a similar thing, except for companies in the often overlooked North of England.

Having spoken to European founders extensively (I live here, after all), I feel as though there’s a different mindset. People here have a laser-focus on revenue, and building scalable and profitable companies. European tech companies focus on the bottom line, and try to avoid the excesses of their American counterparts.

Startups that burn money for the sake of burning money — say, Clinkle — are frowned upon here.

Take Fliing, for example. Briefly successful, this app was a bit like Instagram for sexts. It raised $21 million, and managed to burn through it in less than three years. In addition to flash offices in London’s most expensive districts, the founder wasted funds on first class flights, expensive meals, and elaborate parties, as well as a colossal advertising budget.

The Business Insider retelling of its eventual implosion shocked the London startup community. Many were angry and aghast at the excesses they read about, and it elicited a furious response on social media.

So, where am I going with this?

Yes, Silicon Valley is a wonderful place. There’s a lot of smart people working on difficult problems. It’s where things are happening, and where the money is. I get the attraction.

And I’m not about to pretend that Europe doesn’t have any issues. The aforementioned World Economic Forum article talked about teething pains with the EU’s digital single market strategy.

Brexit also promises to be a nightmare for British startups. Data from recruitment startup Snap.hr shows that more UK tech workers are looking for work abroad — as many as 37 percent. This has doubled since last June, when the figure stood at 17 percent. The data shows that 82 percent of tech workers think that Brexit will ultimately be harmful for the UK tech sector.

But as Kevin Rose pointed out at our conference last week, it’s a myth that startups need to relocate themselves to Silicon Valley to become successful. In a lot of respects, Europe does things better than Silicon Valley.

There’s a focus on innovation and technology, not funding rounds. We’re more conservative, and emphasize sustainable growth and a long-term vision. There’s a diversity of culture and outlook. And the EU lets companies move in accordance with their needs, and recruit from a talent pool of 743 million people.

Read next: Expect the unexpected