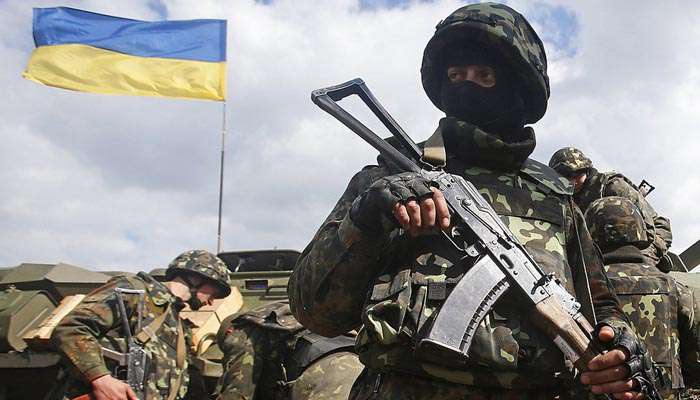 Ukraine is currently in the spotlight in Europe, as this year’s Eurovision Song Contest is being held in Kiev. While singers prance around safely in the country’s capital, soldiers and civilians are battling pro-Russian separatists in the eastern part of the country — as they’ve done for the last three years.

There seems to be no end in sight for the conflict and there’s fighting on all fronts, especially the digital. According to the Associated Press (AP), Ukrainian soldiers are subjected to new form of information warfare where they’re periodically threatened with text messages from the separatists.

Ukrainian soldiers! They’ll find your bodies when the snow melts.

So read the text message that television journalist Julia Kirienko and Ukrainian soldiers received simultaneously during a shelling from the separatists.

The messages are highly-pinpointed, which requires sophisticated technology. According to AP sources, it’s almost certain that the messages are being sent through cell site simulators.

Cell site simulators impersonate cell towers, intercepting and faking data, which allows propagandists to tailor their messages to a specific place or a situation. Cell site simulators are frequently used in the US for law enforcement to track cells and have also been used by the military to hunt insurgents in Iraq and Afghanistan.

Head of Ukraine’s national cyberpolice unit, Col. Serhiy Demydiuk, said that the Russian side constantly uses cell site simulators. Adding that the text message received by Kirienko and the soldiers was a clear example of that.

The Russian government has always denied backing the separatists, despite mountain of evidence saying otherwise. Therefore it’s not surprising that information acquired by Ukrainian journalists — photos, video, leaked documents, etc. — suggests that the pro-Russian forces received the cell site simulators from the Kremlin. If that’s true, it might be yet another example of Russia’s digital warfare strategy.

Demoralizing text messages have been sent to soldiers since the beginning of the conflict, AP has documented almost 50 messages, including the one sent to Kirienko and the soldiers on January 31. They often say things like “Nobody needs your kids to become orphans” and “Leave and you will live”.

The messages are also often disguised as coming from fellow Ukrainian soldiers, trying to make them believe that their unit’s commander has deserted or that they need to run away because their forces were being slaughtered.

This is not the first time text messages are being used tactically in Ukraine. In 2014, during the protest against President Vikor Yanukovych’s pro-Russian government (which lead to its collapse) a mass text message was sent to protesters.

About the effectiveness of the text messaging tactic, most soldiers say it doesn’t bother them and that they usually make fun of the messages. However, when fighting in a war that has claimed almost 10,000 lives in three years, some of the messages are bound to hit a nerve.

“Some people are psychologically influenced. It’s coming regularly. People are so tired. You see people dying. And then you face this,” said Svetlana Andreychuk, volunteer who’s often made trips to the front, in an interview with AP.

Read next: Amazon's Echo skills to get adverts... kinda