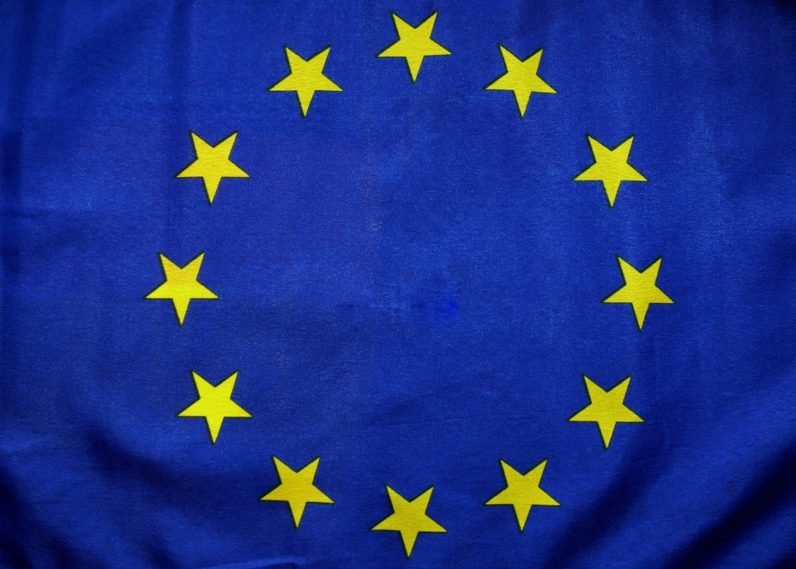 Governments are having a hard time keeping up with the world of technology, and the EU is no different. By its very nature, governing bodies are slow to change, while the tech industry’s speed is astounding — it’s basically like a hippo chasing a cheetah.

Currently the EU is working on reforming its legislation on copyright, trying to adapt it to a new digital landscape. Tech.eu reported on the unintended side-effects of the new reforms. According to the tech site, there’s a general consensus about the reforms’ big-picture but the nitty-gritty is hotly debated, especially how it will affect startups. Turns out, startups built around AI, machine learning and big data will be particularly affected. And not in a good way.

There are a lot of cool things in the proposal that the EU wants to achieve. It wants to make it easier for the little guy, creators, and right holders, to deal with the big guys, online platforms like YouTube, Google, etc.

Simply put, the new reforms are meant to modernize EU copyright rules and aim to protect creators and rights holders of content in the digital age. That sounds easy enough, and pretty much everybody agrees that such legislation is necessary.

Improving conditions for cross-border distribution is part of the reforms, which is great for people who are jealous of Netflix content in neighboring countries. But that’s not what is worrying people.

Not really rocket fuel for startups

Earlier this month, a few members of the European parliament and Digital Agenda Intergroup hosted ‘Digital Single Market – Rocket fuel for EU Startups?’ where attendees heard first-hand accounts from European startups how the copyright reforms would impact them.

According to tech.eu, Julia Reda, MEP and one of the organizers of the event, voiced her concern about the new copyright reforms:

[W]hen we’re trying to regulate the likes of Google, how do we ensure that we’re not also setting in stone that any European competitor that might be growing at the moment would never emerge in the first place?

One of the possibly harmful parts of the new legislation is increased restrictions on text and data mining. The European Commission recognizes that text and data mining has huge possibilities for scientific research, but it’s been difficult for researchers to engage in extensive mining because of legal uncertainties in current copyright rules.

Unfortunately, when trying to get rid of these uncertainties, the Commission might have accidentally screwed up the growth potential for up-and-coming European startups. The proposal would bring increased restrictions for text and data mining for commercial purposes, which researchers will be exempt from, but alter how some startups are able to operate.

For Martin Senftleben, professor of intellectual property at VU University Amsterdam, these reforms will only make the big guys more powerful and make it even harder for smaller startups to grow. “This is no rocket fuel at all, this is exactly the opposite,” said Senftleben at the event.

Many feel that tech legislation from the EU is too reactionary, when it should be preparing the legislative field of the future. The new reforms make the same mistakes, according to Senftleben, pointing out that the legislation might be outdated once it’s passed. He would rather see the EU look at the challenges that governments will face in five years time.

One example of new challenges that we face is fake news. A three-month-old UK startup called FactMata is trying to combat misinformation online with AI, but its methods might be under threat because of restrictions of text and data mining.

Co-founder Dhruv Ghulati was one of the people representing startups who explained the negative effect of the reforms:

It’s good to protect the rights of content creators, but in the vast tech jungle, lawmakers must be careful not to prevent innovation. Especially when it’s the public that stands to gain from it, like in FactMata’s case.

Will it definitely happen?

The big question is whether it’s too late to fix this possible blunder. Thankfully, there’s still time. Discussions for this legislative proposal have been scheduled for early 2017, which means we don’t have to wait long for further update.

The good news is that many representatives at the European Parliament are aware of the negative affects this legislation might have on startups. Over 80 MEPs from various parties have already signed a letter to the European Commission where they voice there concerns about some of the damaging effects of the proposal.

Only time will tell if the EU is able to fix the proposal. However, it’s comforting to know that Europe has representatives that are tech-literate enough not to screw up Europe’s great startup ecosystems.

Read next: UK joins US in banning large electronic devices from cabins on select flights