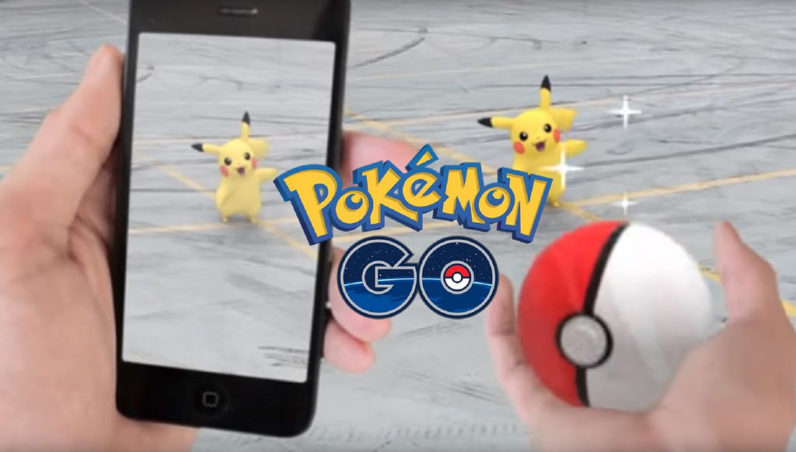 Like any other community, the world of tech has its trends and fads — and just like in other fields, you sure as hell don’t want to be left behind. More and more abbreviations are smuggling themselves into our daily lives and soon it will no longer be socially acceptable not to know what AR, VR or IoT stand for.

But not all tech trends get catchy and marketable names, rather they lie at the base of their catchy counterparts. One of these behind-the-scenes-trends is real-time functionality.

Even though real-time functionality is being crammed into almost every new piece of technology, there are many that feel that the support for developing real-time apps is still in its infancy. That’s where companies deepstreamHub in Berlin and Firebase in San Francisco (now bought by Google) step in.

To get to know the field of real-time development platforms better, we reached out the CEO and co-founder of deepstreamHub, Wolfram Hempel. The company aims to utilize new ways to increase backend scalability, making real-time apps faster and easier to make.

The Pokémon Go craze showed the importance of having the capacity to handle sudden bursts in traffic for real-time apps. When the app launched, millions of people took to the streets, driven by 90’s nostalgia, and went hunting for Pokémons.

For those who have been living under a rock (or refused to take part in the hype), Pokémon Go is a location-based AR game made it possible for users to find weird little creatures out in the ‘real world’. This meant a lot of real-time functions which demands great server capabilities. However, the game became insanely popular right out the gates, way beyond what its creators were expecting.

The game was so well received its servers frequently crashed due to the millions of people logging in at the same time. According to Hempel, this was because the game’s servers weren’t scalable enough to manage location-tracking during the huge and unexpected increase in traffic. Hempel, and his co-founder Yasser Fadl hope to eliminate this problem for developers with their new platform:

We’re trying to create a platform for every developer, regardless of skill level and background, to create really cool real-time apps — without having to worry about the infrastructure behind it and how all of this works.

Developers can therefore put more work in the frontend and leave the backend business to deepstreamHub. Hempel also adds that using deepstreamHub’s approach, the Pokémon Go servers wouldn’t have crashed.

In the new system, if something goes down, the system is able to connect with another end-point in less than a second and the user will barely feel that it has happened.

What’s love fintech got to do with it?

However, there is one field that has always relied heavily on real-time functions, and that is financial trading, where prices need to be delivered in split seconds.

Realizing that other areas of tech weren’t really utilizing the knowledge of investment banking, they decided to create their own startup around a platform that could bring this knowledge to a larger audience.

Investment banking uses data-sync, these tiny data updates stored in the backend, which can be manipulated by servers, process, mobile phones and so on. Anything changed on any one of these mediums, is distributed across all data clients in less than 16 milliseconds. That’s quicker than any screentime refresh. As a result, we can cater to very demanding use cases while also becoming a base of real-time data store review.

If deepstreamHub succeeds, gamers of the future might have to thank boring old financial trading for improved gaming experiences.

DeepstreamHub’s development has been atypical. Last year, Hempel and Fadl open-sourced their core, giving the general user the chance to play around with real-time servers. Hempel says that they really hit a nerve when realizing the open-source and that it has been incredibly well received.

The company has gained considerable following because it’s made it easier for all developers to use real-time functionalities in their apps. Hempel says that before, people had to create everything from scratch.

Building that kind of an infrastructure is super hard. It requires a lot of knowledge and a very specific mindset. We want to make it possible for any kind of app or multiplayer game developers to compete with the biggest players in the business and concentrate on what makes their game unique, without worrying about the nitty-gritty behind the scenes.

It is understandable that the people at deepstreamHub want to help the little guy compete with big corporations as one of their main competitors, Firebase, has been bought by Google. When asked about it, Hempel can’t resist some healthy rivalry.

Firebase is basically our only competitor, and it has unfortunately been bought by Google. However, we have a more multiplayer-gaming approach and we are magnitudes faster. Firebase takes an average of 602 milliseconds to complete any kind of request. We take 16, and this makes a world of difference.

Read next: Microsoft brings text-to-speech (and vice versa) to PC and Xbox One