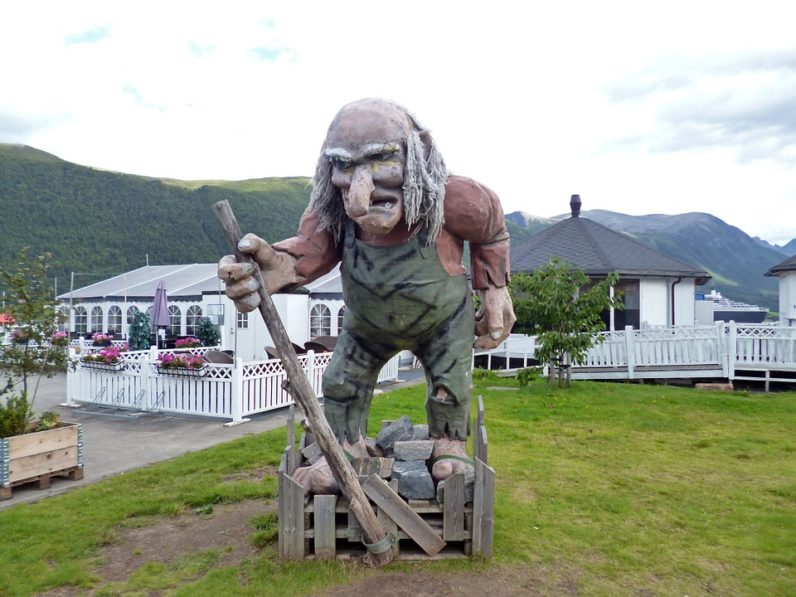 Comment sections on the internet can be a cesspool of human misery and rarely lead to fruitful conversations. Many news sites have given up on regulating comment sections and simply gotten rid of them, but Norway’s public broadcaster (NRK) has tried to find new ways to elevate the level of discussion in comments.

Nieman Lab reported that NRKbeta, the tech arm of NRK, has introduced a quiz that makes sure that people have read the article before commenting on it. People are required to answer three fairly easy multiple-choice questions about the topic and if they pass they are allowed to comment.

After a quick scroll through the comments of NRKbeta, the general tone seems to be quite civilized and constructive, so one wonders if there is truly any need for improvement. TNW asked Ståle Grut, a journalist at NRKbeta, why they felt the need for making commenters take a quiz:

We have always been writing about technology, which tends to be a more neutral field that does not attract a very polarized debate. But as technology over time plays a much greater role in society and politics, it is only natural for us to write about those aspects as well. Normally our tribe of readers are bright, smart and polite people – but when an article reaches the front page of the NRK, it attracts a much wider audience.

NKRbeta is one of the few platforms under NRK that has an open comments section, Grut says that they often see rants from people who haven’t read the articles properly. Grut and his fellow writers at NKRbeta wanted to try to solve the problem of low-quality comments to show that there is hope for comment sections on news websites.

The quiz-system was only launched two weeks ago, so there isn’t much data to work with at the moment, but Grut is optimistic and says that the general impression is that people are behaving nicely and are leaving useful comments for NRKbeta and its readers.

We asked Grut if these types of quizzes could benefit other websites, he told us that any improvement in quality of comments is beneficial. “Making people stop for a second and think before they leave a comment could possibly be a good solution,” according to Grut.

A Norwegian tech news site requires readers to pass a quiz about the article before they’re allowed to comment https://t.co/gtm05onjFh pic.twitter.com/rey3TcYyJn

NRKbeta’s experiment with improving comment sections has been well received by almost everybody. “So far we have had really positive responses from our readers and the media industry in Norway,” stated Grut, “after the story was published in Nieman lab it has gotten a lot of attention in the international media business and really smart people from i.e New York Times sr. social strategy director, CEO of Gizmodo, and the Head of Digital for the French government tweeted about it.”

Perhaps comment sections will be able to shake their cesspool-image in the future. Forcing people to actually read what they are ranting about provides a glimmer of hope for a more informed discussion online.

Read next: Chevrolet to offer unlimited in-car data for $20 per month