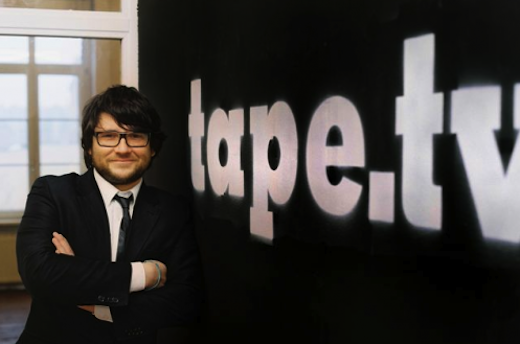 It is already a well-established name on the Berlin startup cityscape – and now tape.tv has taken the next step with the €5 million Series B funding round. With the social music video platform already reporting revenue of €20 million a year, the team behind it is definitely onto something.

CEO and co-founder Conrad Fritzsch is a man inspired to make TV better, and he knows exactly how he wants to achieve that:

“Content is king, everybody knows it, but packaging is God.”

Alongside international expansion, the investment will go towards further scaling the business, investing in technology and improving the service across all devices.

Founded in July 2008 by Conrad and COO Stephanie Renner, Berlin-based tape.tv provides users with personalised music television. It is the leading German online music video streaming platform, having negotiated its way through the country’s complex licensing process, and there are more than 3.4 million users watching a catalogue of 45,000 videos.

It counts major German media outlets such as Bild.de, Spiegel.de and ZDF.kultur – with whom it produces a regular show – as well as Facebook, Spotify and Last.fm among its strategic partners.

In announcing the investment, Conrad revealed the startup’s aim of combining Internet and TV in the form of SmartTV as it seeks a “creative solution for mobile usage of TV.” And when he sat down with Silicon Allee earlier this year, he revealed the ethos behind tape.tv.

The idea for the company arose from his love of TV and his frustration at the state of television in the late 1990s: “I would sit and watch, nothing would be interesting to me. The whole concept of TV was not working for me.” Even MTV didn’t satisfy him – “it was crap; there was hardly any music on it” – and when YouTube came along, he was left to his own devices as he tried to find interesting content.

“So I thought, why don’t we take the intelligence of the net, all the things we can do in the digital world, and combine it with the easiness of TV? I wanted to use these two things to bring music into the digital age.”

And with tape.tv, he is looking to do exactly that.

“In the future,” he added, “we can foresee a product where it never matters where I am, or who I’m with, I’ll get the perfect TV experience, and TV experience defines the digital age… Music is something which reflects our zeitgeist. With Spotify, for example, I as a user have to do all the work. Help me, please! The big answer is curation. The question is, who curates me – and this is the answer which we have found.”

Individualising and packaging the content for users – remember, content may be king but packaging is God – is the future tape.tv is planning for music TV, and now it seems the resources are in place for the team to press forward with their plans.