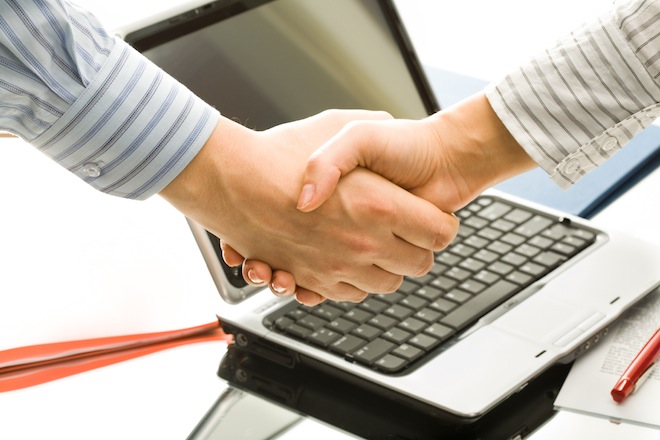 Innovative digital payments startup Jumio is today touting some milestones for the first quarter of this year after launching its flagship products (Internet and mobile payments solution Netswipe and online ID verification system Netverify) in 2011.

The Next Web got an exclusive early look at the announcement, which is centered around the fact that Jumio has inked reseller and distribution agreements with a number of high-profile payment service providers.

Jumio’s Netswipe allows online retailers to process Internet and mobile payments by having customers ‘swipe’ their credit cards using virtually any webcam. Its Netverify product relies on the same technology to turns webcams into online ID verification readers. Both are available to merchants today.

Combined, Jumio’s new partners represent a total payment processing volume of $154 billion today, so you can see why this is an important step for the startup.

This is merely potential reach of course, but speaks volumes about the company’s ability to close key business development deals on a global scale.

Jumio founder Daniel Mattes – a serial Austrian-born entrepreneur who sold his latest company, Jajah, to Telefonica for $207 million – says the company is seeing “tremendous interest from the industry”, and asserts that it is in talks with “almost every significant payment service provider in the States and Europe”.

It is primarily eyeing Asian markets in 2012, Mattes says.

The company’s main offices are in Mountain View, California and in Austria, but it also boasts a presence in both India and Russia.

The company has raised about $31.5 million to date, from investors like Facebook co-founder Eduardo Saverin and Silicon Valley VC firm Andreessen Horowitz.