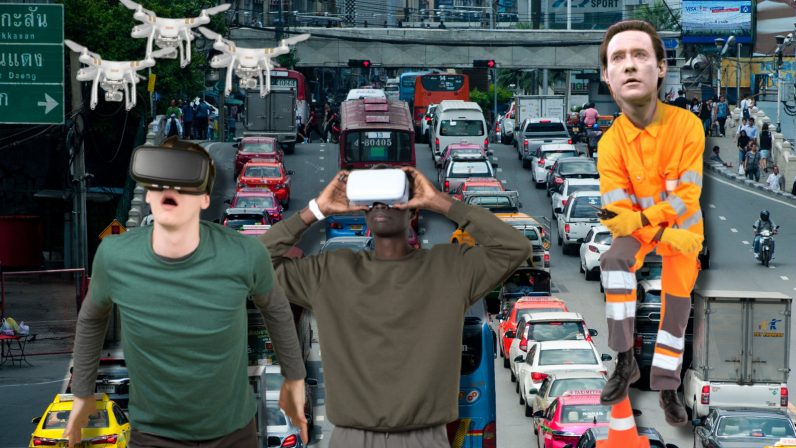 The world is in a state of climate emergency. The importance of tackling climate change has arguably never been higher. Governments around the world are coming under increasing pressure to act and deliver initiatives to make our cities greener, cleaner, and all-round better places to live.

It’s no easy task, but with modern technology, like artificial intelligence and big data analysis tech startups are able to give a helping hand and contribute to making our cities greener.

In Europe especially, the European Commission has focused on climate as a key action point for emerging technologies. The Data Market Services program, of which TNW is a partner, is focused on supporting data startups in the EU addressing this pressing contemporary challenge.

As governments, cities, and the EU bring the fight to climate change, we see initiatives such as Paris’ e-bike incentives, and London’s low emmission’s zone take flight. Cities are also building more infrastructure to support greener modes of travel.

Indeed, these initiatives are often quite visible as you walk around a city, but there is plenty going on in the background that’s trying to improve our cities. This is where data-driven tech startups are doing their work.

Many of these young companies are taking a holistic look at cities, and using cutting edge data gathering and analysis techniques to provide a helping hand to governments and councils when it comes to bettering the world’s cities.

Take the quality of roads. You likely never stop to think about how the road surface itself is responsible for greenhouse gas emissions. But research has found that poorer road surfaces lead to increased emissions and worse fuel economy.

This isn’t important just for combustion engines, but also electric cars. If roads are smoother and better maintained, all forms of on-road transport will move around with greater efficiency.

What’s more, the British motoring association, estimated that the insurance industry was hit by over £1 million ($1.2 million) per month last year with claims relating to vehicles damaged by potholes. Roads that are proactively maintained would avoid these instances, and save the motor industry millions.

So how do data-driven – no pun intended – startups such as RoadEO, Altaroad, and OSeven aim to make our roads safer and more efficient?

RoadEO is gathering and collating data from conventional sensors and satellites to monitor and predict when roads will need maintenance and repair.

In doing so, it’s ensuring that roads don’t become an unnecessary cause of increased greenhouse gases. What’s more, if roads are maintained preemptively, it’s less likely that intense repairs will have to be undertaken, which can cause congestion and further drive up pollution. RoadEO says its system can “maximize road safety, reduce costs of repairs, and minimize downtime for repairs.”

RoadEO is not alone in this space. Altaroad is attempting to tackle the same problem too.

In a similar vein, Altaroad uses sensors embedded beneath the road surface to capture live, real-world traffic data to understand what kinds of vehicles are using the roads and how they are driving.

Gathering this kind of data allows Altaroad to interpret when roads are wearing down and need maintenance. It can also understand if vehicles like haulage lorries are unbalanced. An unbalanced load can prematurely wear tires, which can lead to excessive fuel consumption or even unexpected blowouts. It can also cause inconsistent damage to roads as the carriageway is subject to more weight than the other.

With the information that RoadEO and Altaroad garner, those responsible for the upkeep of our roads can do so proactively, rather than reactively. It can let local councils and governments keep tabs on the state of their roads without having to manually survey them.

It has the potential to save immense amounts of time and money. But the knock-on effect is lowered emissions and increased efficiency when traveling by road.

Now, roads themselves are just one part of a big puzzle to making our cities nicer, greener places to live. What about the people that use them?

A 2012 meta-study from transport policy and research organization, The RAC Foundation, found that driving economically can create fuel savings of between 10 and 20 percent. Burning less fuel means fewer emissions and less pollution. But the difficult bit is getting people to act responsibly, and to drive economically. There are dedicated communities of drivers where economy, not speed, is their main goal; they call it “hypermiling.”

OSeven is developing a platform that uses data and machine learning to understand and profile the habits and behaviors of drivers behind the wheel. While this on its own won’t necessarily help reduce CO2 emissions, the knowledge garnered about how drivers use their vehicles can certainly help.

As a platform, OSeven can be integrated into other apps, and serves as a platform that companies can use to incentivize their customers to be more thoughtful and environmentally considerate drivers. It can get people hypermiling without even realizing it.

As The RAC Foundation points out, getting people to adjust their driving behavior is one of the most effective and low-cost methods of reducing emissions, but doing that is no easy task. Many complain that driving more economically is slower, but in reality, there is no significant increase to journey times, according to the RAC Foundation.

The backend of OSeven’s “AI-enabled” platform is based on over 25 years of research in analyzing driving behavior, and uses sensors in mobile devices to detect when a user is making a trip. It can also identify the type of vehicle, recognize if the user is a driver or passenger, can detect severe crashes, and then analyze if the user is driving in an eco-friendly manner.

Among OSeven’s list of clients are insurance companies, rental and leasing companies, and ride-sharing services.  In the case of insurance firms, customers can be rewarded with lower premiums if they are classified as safe, responsible, and economical drivers. The side effect is that they use less fuel and produce fewer emissions.

Leasing companies are also making use of this technology too. The price of lease deals are largely based on the expected final value of the vehicle being leased, which is based on how much it is driven and its expected condition at the end of the lease contract.

It sounds fair to reward drivers who put less wear on the vehicle, or rather, this system can incentivize drivers to do so more economically.

Indeed, social media platforms are also playing a role in making our cities “better.” Fitness platform Strava is using the data gathered from users’ runs, rides, and other activities to inform city planners on how to build more suitable infrastructure. Strava says its data set can help city planners understand how people travel through cities, and make cities safer by identifying high-risk areas.

Businesses could do better

Data-driven startups are using data to help improve the efficiencies of businesses too. Delivery and ecommerce companies that transport goods by road can make significant cost savings if they employ similar technologies.

It’s quite common for packages to miss their delivery window and be returned to the depot, only to be sent out again the following day. While it’s certainly annoying to miss your parcel because you weren’t at home, it wastes time and adds extra CO2 emissions to the carbon footprint of your parcel’s delivery.

Way back in 2014, research found that missed deliveries were costing the UK ecommerce industry £750 million ($923 million), industry magazine Post and Parcel reported at the time. What’s more, all the extra movement needed after a parcel isn’t delivered first time is allegedly costing the industry around €25 million ($27.2 million) per year.

It’s safe to say then that our delivery systems could do better. Take Dutch startup Loop, for example. Loop calls itself a “smart last mile delivery” platform, marketing terms aside, the principle is actually quite simple.

Loop serves an intermediary service that aims to make the delivery of the things you buy online more convenient and less impactful on the environment. The platform takes information and data about trips you make regularly, like your commute, journey to the gym, or perhaps the route you take in and out of town, to find the most efficient way of ensuring you get your package.

When you order something online, checkout using Loop, and when your parcel is ready, it will actually be delivered to a location that’s on one of your regularly used routes for you to pick up as you pass by. In theory, it saves time, money, and CO2. It’s also way more convenient than having to stay home.

Indeed, there’s not going to be one solution that will make our cities greener and more pleasant places to live. The options explored here are far from exhaustive.

But by gathering and analyzing data about how our cities operate, in great detail, we can understand how to improve our cities more efficiently and proactively. In years to come, we’ll be able to take an active approach to maintain a city’s green credentials, rather than having to play catch-up, as is often the case today.

This program has received funding from the European Union's Horizon 2020 Programme under Grant Agreement number 825014.