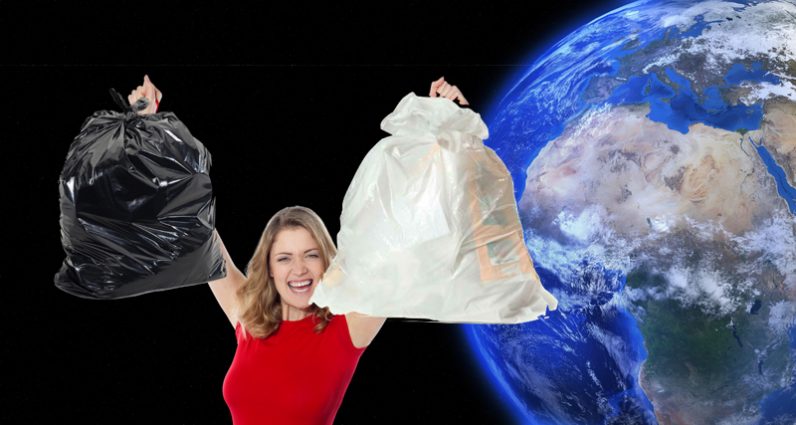 Is your business simply chasing a profit, or are you trying to accomplish something good in the world?

It’s an important thing to consider, especially in light of the recent letter by BlackRock CEO Larry Fink in which he urged CEOs to align their business goals with doing good, as “society is demanding that companies, both public and private, serve a social purpose.”

It’s clear that today’s consumers and investors are increasingly concerned over whether the businesses they spend money on are helping to serve the greater good. This is further illustrated by programmes such as the Chivas Venture, a yearly global competition specifically designed to support social entrepreneurs with $1 million in no-strings funding.

In last year’s competition, several world-changing startups were able to make a name for themselves and gain additional resources toward accomplishing their goals. The wide range of services they provide reveals that socially-minded entrepreneurs have nearly limitless options when it comes to making the world a better place.

Here’s a closer look at 10 startups that stood out during last year’s competition — the third annual edition — and how they are already making an impact.

It can be easy to forget that in our modern day and age, there are over one billion people who don’t have access to clean drinking water. This contributes to a wide range of issues, most notably the health problems that can arise for those living in such communities.

I-Drop seeks to alleviate this problem by installing high-tech water filtration and dispensing machines at grocery stores in Africa. Customers can refill their own containers, reducing waste and greatly improving access to clean water.

As founder James Steere notes, I-Drop’s mission is about more than providing clean water — it is also improving the financial situations of those who use it. “I visited a shop [in Manenberg, a township in Cape Town, South Africa] in early January 2018 and saw two small girls walking out carrying 5-liter refills that they had just purchased from the I-Drop unit. These two refills will have cost this family 10.00 South African Rand compared to around 50.00 South African Rand for the same amount of bottled water.”

Whether the result of a traumatic head injury or other brain conditions, individuals dealing with brain impairment often struggle to find meaningful activities at home. Designed by neuroscientists and rehab clinicians, Intendu serves to help gamify cognitive therapy, using fun activities that adjust to the individual needs of each user.

Though the company began in 2014, founder Son Preminger notes that engaging with other social entrepreneurs as part of the Chivas competition had a big impact on her outlook.

“Meeting social entrepreneurs like me gave me perspective and enhanced my motivation and sense of purpose in my mission  — it strengthened my vision.” As a result, Intendu is positioned to reach more homes than ever in the year to come.

Deforestation continues to plague Colombia and other South American nations, and associated issues also result in a large quantity of agricultural waste.

Bioestibas is one of the companies seeking to put a stop to this destructive cycle by using this waste to produce high-quality shipping pallets. This serves as an excellent alternative to traditional wood pallets, which makes a huge difference in a country with large fruit exports.

For Alvaro Vasquez, founder of Bioestibas, participating in the Chivas Venture Competition led to significant growth of his startup’s capabilities. “The media exposure has materialized into great demand for our products both nationally and in neighboring countries. This has led to the purchase of equipment and investment in the expansion of our production capacity…we will multiply our production capacity 11 times.”

Financial exclusion is a serious barrier for low-income individuals, especially among migrant populations. Lack of access to a banking or checking account means those with low incomes must pay high fees simply to access their money.

NOW Money seeks to alleviate this problem by providing access to mobile banking, making it far easier for impoverished groups to take control of their personal finances. As founder Katherine Budd explains, this program has yielded other surprising benefits.

“Although our primary objective is to save our users money on the fees they incur making overseas transfers, a secondary but almost as important saving is that of time. It is wonderful to hear that people can enjoy their small windows of time off in simple ways like the cinema or church, instead of having to travel and queue up at an exchange house.”

According to the World Health Organization, nearly 4.5 billion people “lack safely managed sanitation,” contributing to an array of health and social development problems. Enter Sanivation, a fast-growing startup in East Africa focused on helping both urbanizing communities and refugee camps enjoy an improved quality of life through the installation of sanitary toilets.

Founder Dickson Ochieng explains, “The families using our in-home toilets don’t need to worry anymore about convenience and security when they want to use the bathroom. Our toilets can be fitted into their homes, and that makes using the bathroom something enjoyable. With the hygienic in-home toilets that we provide, the families have also enjoyed a reduction in diarrhea diseases and mortality rates.”

According to some estimates, over 70 million tons of waste are produced in Africa each year. While most of this waste is recyclable, the vast majority of it is left in gutters and other illegal dump sites.

This is where startups like RecyclePoints come in. This Nigerian-based startup seeks to incentivize recycling by offering points for qualifying recyclable items that are donated by consumers. These points can then be used to shop for household goods, further emphasizing how recycling can have a positive benefit on the community as a whole.

As founder Chioma Ukonu explains, RecyclePoints has also helped bring financial literacy to poorer Nigerians. “We partnered with one of the leading banks in Nigeria to open low KYC bank accounts for the waste-pickers, who didn’t have bank accounts prior. Within three months we had about 225 waste-pickers selling their recyclable waste to us directly and indirectly.”

Serious injury or paralysis can be truly life-altering, but this doesn’t mean that individuals can no longer live fulfilling lives. Founded in 2014, NowTechnologies has been actively developing wheelchair controller devices and other innovative tech solutions to help those with disabilities enjoy greater independence.

For founder Mark Istvan, the greatest satisfaction comes from seeing the personal impact that these new technologies have on individuals. “A university student with muscular dystrophy lost his ability to push the joystick on his chair a year before his graduation … He was at risk of not being able to graduate. He approached us and we experimented with an extreme sensitivity industrial sensor. In a few weeks, we managed to integrate it [with his wheelchair controller], and ever since he uses that to go to university alone.”

In Thailand, rice is a big deal. The country is the second biggest exporter of rice in the world and traditionally, Thai eat rice with almost every meal. That’s why it’s unfortunate that rice farming in Thailand does not generate that much profit — the country’s 17 million rice farmers currently have the highest costs and lowest yields of all countries in Southeast Asia. They earn an average of just 40 cents a day, six times below the poverty line.

Siam Organic came up with a solution: The startup works with small-scale farmers to grow Jasberry rice, a GMO-free crop of whole grain rice. The farmers receive training to become more efficient and generate higher profits.

And there’s another benefit: by improving the quality of life in rural areas, young Thai people are more likely to stay put as opposed to move to the already crowded cities, explains founder Peetachai Dejkraisak.

“Ms. Ma is a farmer in one of the cooperatives we worked with in northeastern Thailand. After growing Jasberry rice for three years, which helped her to expand her business, her three children were able to move back home and help maintain it.”

BeeOdiversity seeks to reverse the cycle by helping companies and public entities take steps to enhance pollinator-focused biodiversity, even providing the option for businesses and individuals to host their own colony of bees.

As founder Michael Van Cutsem notes, successful implementation of the company’s program can have dramatic results. “Thanks to 500,000 bees, we’ve changed the environment of a whole city by reducing the use of pesticides and enhancing the biodiversity. As a result, citizens are living in a better environment with a positive impact on their well-being.”

These 10-liter bags use a multi-treatment system to cleanse contaminated water sources in as little as 30 minutes. A backpack-styled design makes it easier than ever for individuals to collect and transport clean water for personal use.

According to founder Tricia Compas-Markman, the response has been quite encouraging thus far. “In Cambodia’s floating village communities … the villagers were quite excited to see the bags and the dramatic visual effect of the contaminants falling to the bottom of the bag.”

Making a lasting difference with entrepreneurship

As the above companies illustrate, there are more opportunities than ever for startups to make a lasting difference in the world. Notably, a focus on social impact is also what many customers and investors are looking for as well.

If you really wish to achieve lasting business success, you would do well to consider how you can help those around you. How will your startup make a difference?

Tune in to watch this year’s Chivas Venture grand finalists pitch for a share of $1million at TNW Conference on May 24th.

This post is brought to you by Chivas Regal.