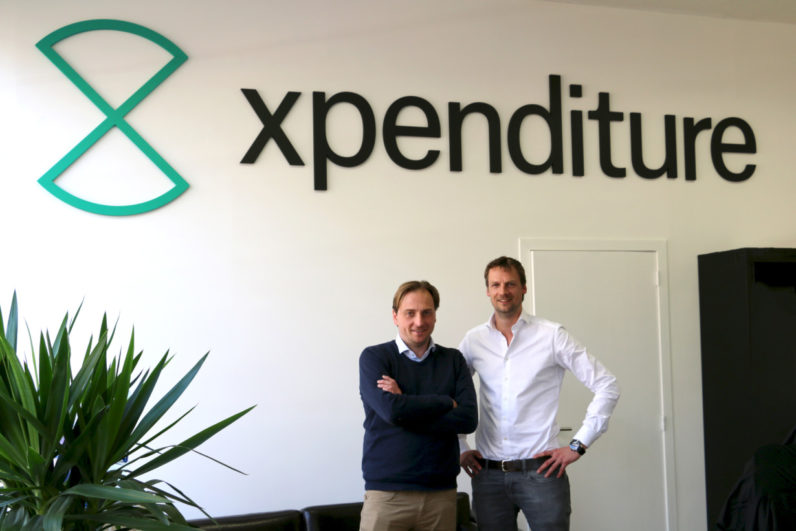 In the startup world, venture capitalists can find themselves treated as demigods. Feted by startup founders, by the media and by government, VC’s wield power, influence and, most importantly, money.

Alternatives to VC rounds are rarely considered. It’s expected that Series B follows A, and A follows seed. For a young startup ‘VC-funded’ is seen as a badge of honour to attract new employees and investors.

So, on the brink of our Series B round, you would have been forgiven for expecting us to follow convention. Being honest, we very nearly did. I’m proud to say that we’d built a fast growing, profitable scale-up, with a growing market share and a track record of innovation. Our Series B funding round was the logical next step.

We started talking to VCs, which is something of a time-consuming process. But when it got to term sheet stage, we turned them down. All of them. We had more than 20 attractive offers and we said no.

We decided instead to do things a little differently and a few weeks ago we announced our partnership with Sodexo, a major French multinational and iAlbatros, a profitable scale-up. It’s already clear it was the best possible choice for our business.

Many in the industry were surprised at our chosen path for the company. The truth is, VCs are not for everyone, ‘corp-ups’ can sometimes work better. Here is why.

VC funding can, of course, be a lifeline for a growing business. An essential part of the startup ecosystem, VCs bring an awful lot to the table, not just funding. The very best VCs have an extensive established network and their experience and market-knowledge can supercharge a fledgling business. What’s more, their presence on a startup’s board can be incredibly useful to guide young founders.

So why would you think twice about VCs? Why did we?

VC money isn’t free money. It involves ceding a lot of control to an outside influence — one that may not have your long-term interests at heart. They will have a very clear investment horizon, which may differ from your own.

VCs may bill themselves as ‘operational’, but large portfolios mean that they don’t all have that much time to spend with their companies. It helps, at least at the margin, because you can attend their events and increase your visibility, but you get no guarantee of face time with the partners you really want.

These are both well-worn arguments, so my last point is perhaps the most important.

For some scale-ups, funding just isn’t enough to propel your company into the big leagues and this is where alternatives to VC can work better.

When trying to break into a market dominated by a small number of major players, a company may find that it needs something more than cold hard cash. It needs access to customers across the globe, it needs resources and it needs a seat at the table with large customers. It essentially needs to be propelled to the top tier instantly.

This is what we did. And we did it by shunning VC money to join forces with a corporate.

A ‘corp-up’ is an organisation within a corporation that is founded to search for a disruptive and scalable business model. Big companies are not as nimble as startups and they will never be. But they can become innovative and agile by partnering with startups or scale-ups which can in return leverage their existing credibility and customer portfolio.

The opportunity to pair up offers the possibility for mature businesses to access cutting edge technologies and business practices, whilst providing startups with instant access to their greater resources, customer base and reach, resulting in a win-win situation.

But the startup community is skeptical. Unwilling to relinquish control, founders shun corporates believing that the only option is an acquisition which historically has meant the death knell for agile startups.

But there is another way.

Rather than a direct sale to a corporate, scale-ups should consider the benefits of joining forces. It can be structured in many ways, but the key is that the founders can keep working as they did before. This means retaining a stake in the business – a ‘corp-up’ should never be an exit – and also ensuring that the culture and ethos of the business remains untouched. Easier said than done, admittedly, but startups considering leaving the VC world to team up with a corporate need to consider four key things.

A VC will tell you at exactly which stage they want to invest. Some look at seed only, others Series A, whilst others only look at very late stage. Corporates are far less clear, but scale is key. Too small a company and you’ll be effectively ‘swallowed’ by the corporate. Too large and there won’t be any meaningful benefits from the partnership.

The ‘goldilocks’ company is the fast-growing scale-up – large enough to retain your team and culture, but with significant growth still to come. At that point you remain independent whilst leveraging the benefits.

Negotiations with a corporate can be long and exceptionally time consuming. It will take the founders away from the business for long periods of time, so you need to have a management team that you trust implicitly and one that you know will come along for the ride.

Every single one of my senior team members bought into our vision for the partnership, and every one is now working to make it a success. I honestly cannot stress how important this is. We communicated the rationale for the deal every step of the way. It meant there were no nasty surprises.

The Xpenditure founders and I remain fully on board as committed shareholders – we have retained day to day control and we have a commitment from Sodexo that allows us to grow in the right way.

But company culture is always an intangible. It’s difficult to write into a contract but I know our success lives or dies on the culture of the company. We have ensured we stay in our offices, we retain our vision and the independence to treat our employees in the same way we’ve always done. The fact that the founders retain a stake in the new entity and the management team remains stable means that, for employees, it’s business as usual.

Though it may seem obvious, passive shareholders must also be brought in early on in the process to avoid disagreements over the direction and development of the deal.

Disputes often escalate because parties aren’t kept properly informed and individual shareholders may not understand the opportunity. It may be painful and time consuming, but the longer you put off taking them on board, the more time you will eventually need to spend sorting it out. Act as soon as you can.

So, as I write this we’re just over a month into our new partnership with Sodexo and iAlbatros. I can see the team buzzing around me, closing deals (we have a gong…) and I can hear my salespeople making calls and my tech team debating new functionality. There’s now a different atmosphere, and it’s one of excitement.

We’re excited to have access to the customer base of Sodexo, and their backing. It’s already getting us meetings with customers who would have thought twice previously. My sales and marketing team, who now have access to more than 500,000 new customers, are unsurprisingly thrilled.

We’re excited to work with iAlbatros’ fantastic technology to build our new end-to-end business travel expense platform. We’ve wanted to do this for some time, but now we’ve got a tech stack ready to go. My developer and technology team are similarly thrilled.

So don’t listen to those that say joining forces with a corporate kills a startup. I think it does the opposite. And far from affecting our culture, it may just have improved it. But we’re only a month in. I’m happy to say that I’ll be writing a regular column giving a glimpse into life in our ‘corp-up’. There will be challenges ahead, but we’ve never been better placed to face them.

So next time you consider wading through the alphabet soup of consecutive VC funding rounds, think twice. There’s another way.

Boris Bogaert will be speaking at the TNW Conference in May, check out our other great speakers here and get your tickets here.

Read next: This artificial intelligence turns horses into zebras – and winter into summer