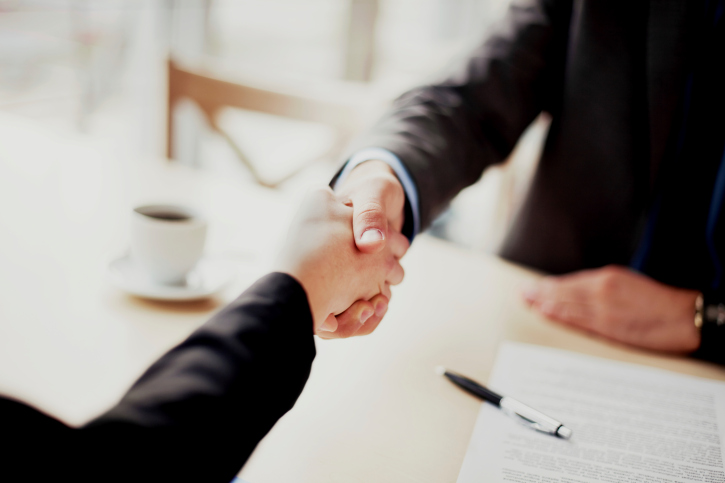 George Deeb is the Managing Partner at Chicago-based Red Rocket Ventures, a startup consulting and financial advisory firm based in Chicago.

I was lucky enough to be involved with two startups that were both sold to $1BN revenue businesses: iExplore was sold to TUI Travel, and MediaRecall was sold to Deluxe. In both cases, the investors were excited to get an exit and return on their investment, and the founders were excited about joining up with a big company to help accelerate growth.

But, despite the best of intentions of parties on both sides of the transaction, integrating a startup into a big company can present numerous challenges which we will discuss below.

Startups can easily be “romanced” by the idea of getting tied up with a bigger company. And for logical reasons! Big companies typically have bigger budgets to spend on product development and marketing, a bigger base of customer relationships to tap into and a well-known brand name to assist with trust and credibility of your sales efforts.

But, unless specific support is well-documented upfront in the merger or sale agreement, often times, big companies will not bring the dramatic upside the startups are expecting. There are many reasons for this, mostly stemming from a big company’s focus on other more important areas of their business.

So, “seller beware” and make sure you get everything you are hoping for well detailed in writing.

Big companies are full of busy people, typically set up in various fiefdoms internally. The last thing they need is another project on their list, to help a startup they have never heard of before.

When you can, make sure the people who will be implementing your deal are the same people involved in negotiating the deal. Ensure nothing gets lost in translation in the handoff as to the importance of the transaction to both parties. The deal has to be material in scope and equally important to both parties to succeed.

The slow pace of big companies

For all you fast-paced, A-type personalities that like to make quick decisions and move at lightspeed, get ready to jump into a pool of molasses in comparison. Big companies just naturally take longer times to make decisions. They are typically consensus-building organizations that need buy-in from the various stakeholders involved in any project.

What used to be a five minute stand-alone decision could easily become a month long process. Make sure you are ready for this material shift in culture and personality.

The procedures of big companies

Related to this is the higher level of bureaucracy and procedures that come from being part of a bigger company. Think about all the budgeting processes that now need to be approved and the monthly financial reporting in consistent formats and new systems. Think about legal having to get involved to approve any new contracts. Think about HR getting involved in any new hires.

As an example, my CFO at iExplore said he lost 25 percent of his former startup day, having to deal with all the corporate requirements each month. Be prepared for these unexpected strains which may create additional needs for your business should you let a larger company take over your startup.

Earnouts are any additional monies the selling shareholders may receive from the buyer, based on the future performance of your business post the sale. These payments can be tied to future revenues, EBITDA or whatever other metrics that are mutually agreed upon.

The problem is many big companies structure deals with performance-based earn-outs, and these earn-outs rarely get paid out, often for reasons out of a seller’s control. And, when they do, they are materially lower than expected.

So, don’t get romanced by the deal value assuming the earnout will be paid in full; make sure you are happy only with any upfront payments made, assuming no earnout is ever paid down the road. If not, renegotiate the deal or walk away. This is a complicated topic – you can learn about the Pitfalls around earn-outs here.

Merging startups with big companies is often like trying to merge oil and water, culturally, at the root DNA level. Before you decide to sell, be sure you are clear on what you are really signing up for as an employee of a bigger business.

The most important thing is to make sure both parties are 100 percent in agreement on: (i) why the deal makes sense to both parties in the first place, and (ii) the execution plan, budget and timeline after closing, to make sure no disappointments by either party post transaction.

Don’t get me wrong: I’m not saying that you should never do a deal with a big company, or that deals with big companies never work. That is not the intention, as these deals can often work perfectly to plan and expectation. Make sure you were aware of potential pitfalls to avoid and hopefully, you’ll be able to create a successful and happy relationship.

Read next: WhatsApp pulled from Windows Phone store due to technical issues