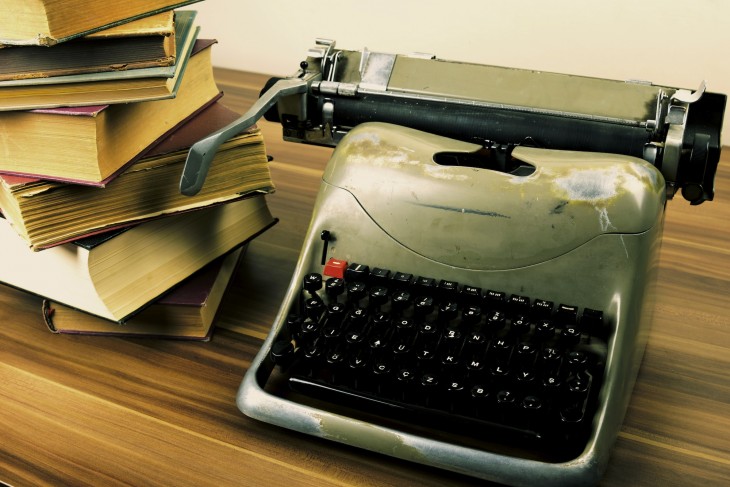 Danny Wong does marketing at Shareaholic, is the co-founder of Blank Label and likes to write every once in a while. Feel free to find him lurking on Google+ or Twitter.

Building a venerable brand through content has become an exercise in pointless posting, unsubstantiated claims and newsjacking.

Admittedly, readers and search engines are smarter than that. Though many of the more successful content marketers may tout their list of “best practices,” in today’s digital age, many traffic-generating secrets quickly become yesterday’s tired tactics. When you swim with the current, you get caught up in the never-ending battle of who can create content in the cheapest and quickest manner possible.

Outlined below are three highly atypical content marketing strategies that are, indeed, tried-and-true. Though they are not recommended for everyone, they’re worth a try if your current content playbook is failing you.

There’s value in scarcity. Discerning readers do not want to be bogged down with the news.

A big problem publishers have these days is the fact that much of their content is hardly ever read. Like Buzzfeed, many publishers are heavily reliant on a limited number of posts that’ll, effectively, go viral.

Infrequent bloggers overcome this issue by ensuring every piece of content they publish is well worth reading. As a result, fans, who only get an occasional glimpse inside their favorite blogger’s head, devour every new published work in its entirety.

One example worth noting is OnStartups.com by HubSpot co-founder and CTO Dharmesh Shah (disclosure: Shah is an investor in my current company).

Since the beginning of 2014, Shah has published six posts. No two posts were published on the same day of the month. Though four first went live on a Wednesday, another has a Tuesday timestamp and the remaining article has a Thursday publish date.

Since there is hardly any sense of consistency, loyal readers would be unable to predict when his next post will be ready either. But that’s partly why OnStartups has roughly 40,000 RSS subscribers. Shah’s fans know they’ll never have to worry about being inundated with content and are more than willing to take time out of their day, once or twice a month, to read an article from the father of inbound marketing himself.

“I find that frequent bloggers actually get annoying pretty fast, and I’ve been dropping them one by one from my [RSS feed] as the unread posts back up. I’d rather see the same number of daily posts by following a large number of occasional bloggers — people who post once a week, once a month or even less.

For one thing, it makes for a lot more day-to-day variety in who I’m reading…. when they do post, it’s often because they actually have something to say. And since they tend to have a smaller following, I’m more likely to see things that I haven’t already seen in my friends’ shares, and find things to share with them that they haven’t already seen.”

In the second half of his post, Lewis also provides a neat shortlist of haphazardly updated blogs.

The idea here is: you should write only when you have something original to say that’s worth your readers’ time, because only then will it have been worth your time to author and publish it.

Also, for any writers thinking about trimming their post quantity, here’s a bit of advice from former Reuters blogger Felix Salmon.

The idea of honesty scares some businesses. Since companies haven’t yet overdone the idea of transparency, consumers still gasp and applaud when firms reveal more than they actually need to.

In an attempt to shed its notorious reputation for producing questionable foods, McDonald’s Canada decided to go out on the limb with its Your Questions campaign. Given the opportunity to ask McDonald’s anything, thousands of diners asked questions that McDonald’s employees went ahead and honestly answered.

When asked a particularly hairy question about pink goop in its chicken nuggets, McDs replied with a video that provided a behind-the-scenes look at its supplier’s food-making facility. Four million views later, that myth is officially debunked.

Buffer, a social media management tool, takes openness to unprecedented levels with its Open blog. Every month, the company publishes marketing and revenue reports, which disclose how much traffic its blog received and how much money the business made. In April, Buffer’s blog grew to 729,832 uniques. In March, it generated $352,000 in total revenue, with $545,000 in the bank.

More recently, Buffer broke norms when it published its salary formula and shared exactly how much each one of its team members made. Upon discovering this, the media went wild. Quartz, The Huffington Post, The Next Web, and many others including the ever-snippy Valleywag lauded the startup for its radical transparency. As a marketer, you really couldn’t ask for better results than this.

When brands reveal sensitive information or intentionally expose themselves to criticism and scrutiny, consumers – and journalists – take note.

3. Challenge readers AND yourself

Most blog posts only get you thinking about the content you just read; few truly challenge readers to get up and utilize the lessons taught.

Ramit Sethi, New York Times bestselling author of I Will Teach You To Be Rich, uses content to gently push readers to take baby steps towards financial success.

On his blog, Sethi teaches readers about financial independence and, more recently, has been promoting his Zero to Launch course. Since Sethi’s success hinges on his audience’s confidence and self-awareness, he constantly challenges readers to get in the mindset of an entrepreneur so they can finally overcome their fears and build an online business.

Once readers feel self-assured enough to create a company, they are likely to pay for access to Sethi’s small business building playbook.

Noah Kagan, creator of the Monthly 1k program, knows no one will believe him if he’s all talk. Instead, Kagan makes sure to put his money where his mouth is.

The Month 1k course shows individuals tactics for starting and building a profitable business without spending a ton of money. But seeing is believing, and Kagan decided to put his own program to the test, and in two instances, he has gotten off his couch and proven to naysayers that creating a small business that nets you income isn’t rocket science.

In general, blog posts tend to be more educational than they are directive. Smarter content marketers know that getting readers — and yourself — to walk the walk is an incredible way to engage your audience and help them realize tangible benefits.

As a blogger, you mustn’t get caught up in the “publish fast and first” madness, unless you have a dedicated writing staff of 20. Whenever possible, make yourself a bit vulnerable to readers who will find your honesty refreshing and, perhaps, newsworthy. And if you want to sell products or services that are supposed to help others be more successful, be prepared to prove your offering’s worth.

What are some other oddball content strategies worth pursuing?

Read next: Why transparency is the next killer feature in mobile