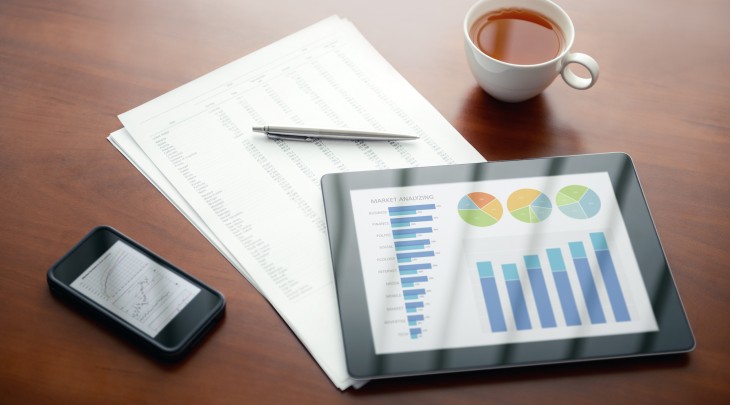 Josef Mandelbaum is the CEO of Perion Network.

In their book “Built to Last – Successful Habits of Visionary Companies,” Jim Collins and Jerry Porras studied 18 exceptional companies, identifying what sets them apart from their competition. They compare the practices of these companies to the common practices that companies tend to follow.

Israel, home to my company Perion, is great at “time telling.” With very few exceptions, it has never been in the “clock building” business, but has rather built a peerless startup ecosystem that is recognized around the world for its creativity, innovativeness and ingenuity.

This ecosystem has been responsible for some of the world’s most important break-throughs and has led to the acquisition of hundreds of Israeli companies by large multi-national technology firms from around the world.

However, there is another, less positive, side to the well-known success of the “startup nation,” one which not many people focus on. According to Shmuel Hauser, the Chairman of the Israel Securities Authority, the Israeli economy loses $3 or more for every dollar earned by entrepreneurs.

In other words, startups alone don’t contribute enough to drive future GDP growth. Additionally, 30 percent of startup founders move abroad following the acquisition of their companies. This is a tremendously high number, which poses a very serious brain drain challenge.

In fact, to maintain growth for a country such as Israel, the economy needs to add 3 percent GDP and 50-100,000 new employees every year, for at least the next 20 years. This growth is not going to come from startups, but will only be possible with a more balanced ecosystem that encourages young tech companies to get out of the “time telling” business and help Israel become the Switzerland of the Middle East, known for its ability to build superbly engineered “clocks” that last for generations.

How does a country known for its expertise in helping bring great startups to life make a dramatic switch to encouraging a “Built to Last” environment? We have identified four main areas that need to be “reworked” in order to help move this process forward:

Today, in Israel there are 30 – yes, 30 – institutions running a total of 58 entrepreneurship programs. Universities, recognizing the heightened interest in these programs, have boosted their “entrepreneurship” tracks, idealizing start-ups and teaching the skills needed to create a successful startup that can be quickly bought.

In order to shift the conversation away from startups and more towards how to best create long-term value, we need more programs teaching the fundamentals of business management with an eye toward giving students the skills needed to thrive in a mature business environment that values year over year growth.

Before moving to Israel, I was the CEO of American Greetings, where I had the opportunity to build the company from  six employees and virtually no revenue, to over 350 employees and more than $120M in revenue. This is valuable experience that cant be taught or learned, but can only be experienced.

Israel, and other growth-oriented countries, must make more of an effort to encourage seasoned executives to immigrate to the country, immediately infusing each local tech ecosystem with field-proven skillsets that will not only be useful in helping to grow companies from their infancy into adulthood, but will also help shift the conversation from one which glorifies entrepreneurs to one which makes it sexy to be an executive at a large company.

In a widely debated and discussed article that ran in People and Computers earlier this year, Tsvi Oren, the President of the Manufacturers Association of Israel, argues that the lack of local governmental assistance is hindering Israeli hi-tech companies trying to expand, or build factories, in Israel, and making it easier for these companies to seek less expensive locations outside of Israel, such as India and China, to build the factories.

Without this assistance, it is entirely possible that a growing tech company might simply pick up and move the entirety of its operations abroad. Additionally, the government needs to provide attractive tax incentives that rewards growth milestones, access to easy capital – even at later stages of growth, and less regulation that serves to simply punish a company for being too successful.

Moving forward, and to help startups grow into large enterprises, these numbers need to flip. It is usually in the late stages of development when entrepreneurs can choose to either try and sell the company or build something much larger on their own. Easier access to late-stage VC money will help them make the choice to go it on their own and build bigger, more sustainable companies.

I am not advocating that a healthy tech ecosystem should only be comprised of large companies – we need both the big companies, as well as the startups – but, for a tech ecosystem such as Israel’s and in other similar emerging markets, we definitely do need larger numbers of big companies amongst our ranks.

The long term benefits of having bigger companies populate a given ecosystem – including a more diverse workforce, stronger economic growth, long-term stability, higher employment rates and greater overall contribution to society – are simply not possible in an environment that is too startup-heavy.

It will not be easy to get there, but with some hard work, and a bit of luck, my hope is that Israel, and other emerging markets looking to grow a more robust tech ecosystem, will eventually become places where people not only know how to tell time, but can build great clocks as well.

Read next: Facebook says it may consider opening a sales office in China, where it is still blocked