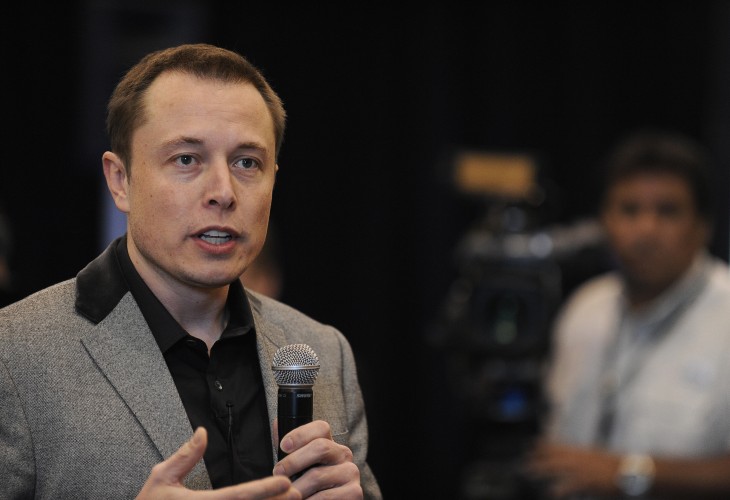 “I certainly have fear of failure,” he admitted.

During the chat, Musk recounted how close he came to failure with both Space X and Tesla in 2008 and 2009.

Musk said that he financed Space X to have enough money for its first three launches. However, each of the three failed. The company managed to scrape together enough money for a last-chance fourth launch.

“I was so tense [during the launch] that when it succeeded I didn’t actually feel elation – just stress relief, that’s all.”

As for Tesla, the electric car company was raising a round of funding in the summer of 2008 when the financial crisis hit. After car companies like Chrysler and GM went bankrupt, Musk had a hard time approaching investors about Tesla.

“People were angry that you brought it up,” he said.

Musk said he put everything he had left into the company, even borrowing money from friends. Tesla went on to close the investment round on the last hour of the last possible day. If the fundraise hadn’t come through, the company would have gone bankrupt a few days later.

Sherpa Ventures co-founder Shervin Pishevar chimed in, noting that entrepreneurs should actually acknowledge that failure is an option: “Fear is finite, hope is infinite. We are afraid of failing, but it doesn’t stop us from trying.”

While innovators have at times been portrayed as fearless, Musk reminded the audience that greatness doesn’t lie in simply not having fears in the first place, but rather in moving past them.

“People should certainly ignore fear if it’s irrational. Even if it’s rational and the stake is worth it, it’s still worth proceeding,” he said.

Other advice Musk had for entrepreneurs included encouraging them to reason from first principles rather than analogy, focus their energies on a particular area and get as much critical feedback as possible from friends.

“They know what’s wrong with your product,” he said. “You need to get it out of them.”

Read next: Firefox 26 beta is out: Click to Play plugins by default, Firefox OS App Manager, and Home redesigned on Android