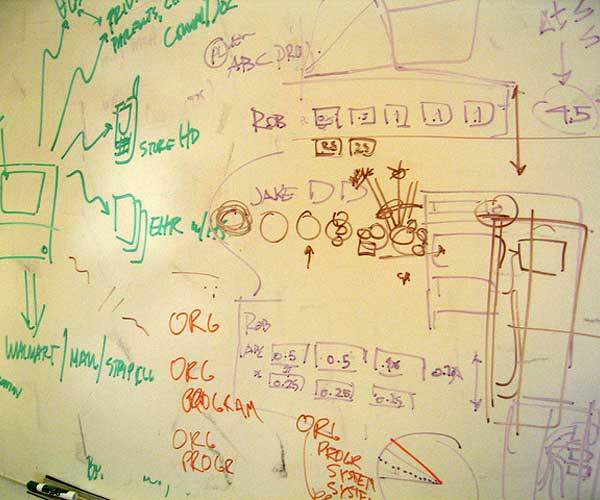 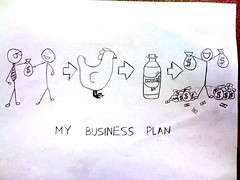 Great ideas. That is what we are all after isn’t it? That one spark that leads to an empire, money and power? Well, I’ve got news for you. Ideas are yesterdays news. Passé. Done. Last century.

Take a look at any successful Internet company that is around at this moment. Can you find any that were born out of a single idea? That took the market because they were first, with their idea?

Of course not. There were a lot of search engines before Google and a lot of video sharing websites before Youtube. The number of websites where you could leave short messages to chat with friends? Hundreds of those! The difference between a nice idea and a very successful idea has always been execution, timing and a large dose of luck.

For a brief period of time ideas did matter. Probably between 1997 and 2001 you could still take the world by storm, even if just for an Internet Minute, with an original idea. Lots of stuff just didn’t exist yet and you still had a chance to come up with something new.

eBay was such an example. The idea was simple, very well executed and they had a huge advantage of being first. I guess Amazon deserves similar credit although I’m not even sure they were the first service to ever sell books online.

But even those two examples thrived more because of their long-term vision and attention to details and less because they had his single, cool and innovative, idea.

Cartoon by Dave Walker. Find more cartoons you can freely re-use on your blog at We Blog Cartoons.

Twitter wasn’t just a good idea either. In fact, most people at the time agreed it wasn’t much of an idea at all.

I spoke to one of the early investors recently who told me ‘nobody saw it coming. We invested in Evan Williams because we believed in him as an entrepreneur and he only needed a small sum of money. But we all hoped he would quickly transform his service into something entirely different’. What Twitter did have was a working prototype, that people liked to use. And that is really all you need.

These days, when someone tells me ‘I have a great idea for a webservice’ I just don’t get excited anymore. I have learned not to. The reason is that ideas really don’t matter anymore. On the other hand; got a simple idea and a working prototype and do your friends all love it? Give me a call! That is what excites me! That is a formula for success. Forget about your MBA friends and their ‘but what is the businessmodel?’ bullshit questions. So again; got a 40 page business plan, innovative idea covered by patents and $40,000 to outsource the development to India? Nah, sorry, but I’m not interested.

Don’t just have an idea but start building something.
Forget about plans, reasons, opinions and strategies.
Just get to work and build the next Google please.

Read next: Windows Phone 7 handsets available in UK on October 21?