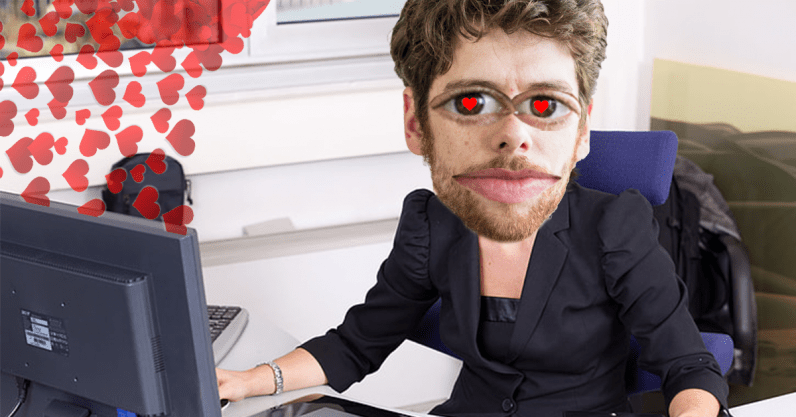 This week has been a busy one in lockdown town. Although my plans to learn a language, write a novel, and take up painting haven’t quite taken off, my virtual love life has gone from strength to strength.

In the gaps between my shoegazing and cigarette breaks, I’ve managed to squeeze in two hot dates with Hilda, the girl I met on Zoom last week.

I think I really like her. But online dating is starting to drive me crazy.

I’m tired of dating apps, Whatsapp, and every other app. I’m tired of talking to people through a screen. This is the new normal and I hate it.

[Read: This ‘elitist’ dating app matches you up for 2-minute livestream dates]

Hilda’s struggling with it too. And with London’s three-week lockdown set to be extended, we don’t know how long it’ll be before we can meet in person. Legally, at least. We’re both now wondering whether it’s almost time to break the law. It’s only a £30 fine for a first offense. I’d happily transfer the police the money in advance.

But before I turn my love life into a life of crime, Hilda and I try to create a sense of intimacy online. It’s better than nothing, I guess.

I come up with an idea for our second date: I want to wine and dine her on the internet.

My plan is to kill two birds with one stone: Impress Hilda with my great taste while bringing business to my friend’s restaurant. He’s converted his east London eatery into a non-contact delivery service, and we both live near the kitchen. And he’s taking free meals to hospitals, so we can feel smug while we gorge on sesame noodles and sweet potato wontons.

I suggest we order the same dishes and eat them together on Zoom. Hilda’s up for it. We browse the menu and put together an enormous order.

Being a modern man, I always want to split the bill, and I’m thrilled when Hilda suggests it first. This one could be a keeper.

At 8.15PM, my doorbell rings. I open it to find an enormous bag of food on my doormat. Five minutes later, Hilda lets me know that her order has arrived. It was dropped off by Alex, a chef who’s doing delivery shifts until London’s restaurants reopen. Alex is handsome. I hope she didn’t get a good look at him.

We tuck in and try to work out what day it is today.

The coronavirus might be ruining our lives, but it’s been a boon to dating apps. Last week, Tinder reported a 12% jump in chats and more than three billion swipes on March 29 alone — its busiest ever single day. Bumble is enjoying a similar surge in use, with messages up 35% since social distancing started.

Some of their rivals are rebranding themselves as dating apps for the quarantined, like Filter Off, which connects people in self-isolation through 90-second video chats.

But I’m not interested in any of them now Hilda and I are virtually going steady. Hilda says she’s even ignoring her Hinge notifications now. Me too. Check out this one I recently got from another girl:

I can’t believe it took a pandemic to get her attention. Well, she’s missed her chance. I’m dating Hilda now, and she’s great.

The other day, I told her that I’d comfort-eaten all my snacks. The next morning, she sent me a box of pastries in the post. Full of glee, I took a shot at my mini basketball net, but my errant lob ominously smashed into a magnet on the fridge:

A bad omen perhaps? Or merely a reminder that love online can be as fragile as IRL? Maybe I’m just not cut out for the NBA after all.

We agree on a change of venue for date number three: Houseparty. We do a quiz and play songs to each other through the JQBOX app. It’s another lovely evening, but there are some things that apps can’t digitally recreate. It’s hard to make a real connection with someone through a screen.

We can’t go anywhere together. I wish we could catch a movie or go for a walk in the park. We can’t even see each other in 3D. Instead, we stare out the window at the sunshine and wonder when this will all end.

Worst of all is the lack of physical touch, and I’m not just talking about sex. Touch plays a crucial role in how we communicate. A flick of the hair, squeeze of the shoulder, or stroke of the arm says things that words alone can’t express. But the thing I miss the most is hugs.

To make up for the lack of intimacy, we discuss online alternatives.

Hilda makes a great suggestion for our next date: Strip bowling.

The poor girl has no idea she’s rolling with a kingpin.

Tune in next week for the nudes.

Read next: The world has less billionaires in 2020, but Jeff Bezos is still the richest