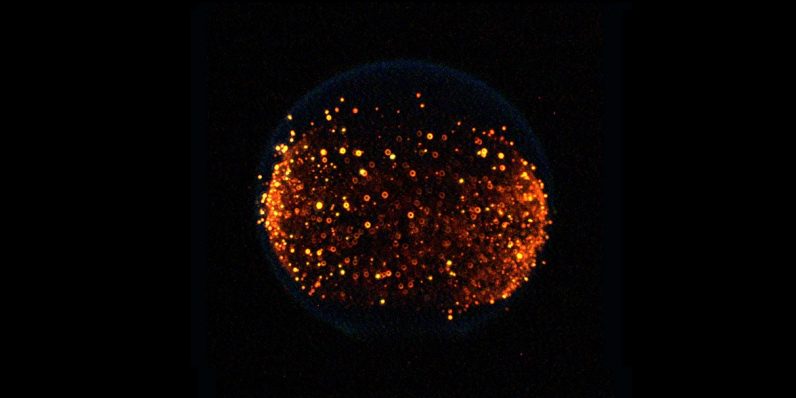 The Big Bang Theory remains the most convincing and popular estimation on the origin of universe, but that doesn’t mean it’s true.

James Peebles, a one-half winner of the 2019 Nobel Prize for Physics (he split the award with a duo comprised of Michel Mayor and Didier Queloz), is a bit of a curmudgeon when it comes to early-universe theories. According to him, the events surrounding the “Big Bang” are still unknown, and he really wishes his colleagues would stop referring to it as a “big bang.”

According to a report from Agence France-Presse (AFP), Peebles told an audience at an event honoring Nobel winners at the Swedish embassy earlier this week:

The first thing to understand about my field is that its name, Big Bang Theory, is quite inappropriate. It connotes the notion of an event and a position, both of which are quite wrong.

Notably, the Nobel winner doesn’t have his own theory to replace the Big Bang. His objections aren’t based on a belief that something else happened, but apparently that it’s bad for science to fill in the blanks – areas where simply don’t have any data to experiment with in order to come to scientific conclusions – with terms that seem like facts.

The truth is, just like Peebles, nobody knows how the universe began. The pervading Big Bang theory makes the most sense, but in lieu of something to observe and test – beyond cosmological ghosts in the form of lingering atoms – we simply can’t be sure.

Speaking to AFP, Peebles said “I give up,” when asked what terms he’d prefer:

It’s a beautiful theory. Many people think it’s so beautiful that it’s surely right. But the evidence of it is very sparse… I have given up, I use Big Bang, I dislike it.

But for years, some of us have tried to persuade the community to find a better term without success. So ‘Big Bang‘ it is. It’s unfortunate, but everyone knows that name. So I give up.

It might be worth taking his beef with the terminology seriously. Peebles isn’t just some random physicist trying to make waves, he’s usually the smartest person in the room when it comes to matters of cosmology and physics. After all, he was awarded the Nobel prize in physics “for contributions to our understanding of the evolution of the universe and Earth’s place in the cosmos.”

But, since he doesn’t have a better name for “The Big Bang,” we’ll have to come up with one for him. We’re going to go with “The Little Ahem,” just to posit a more polite, British universe. Let us know your suggestions in the comments.

Read next: YouTube's next big change could penalize anyone who creates for kids