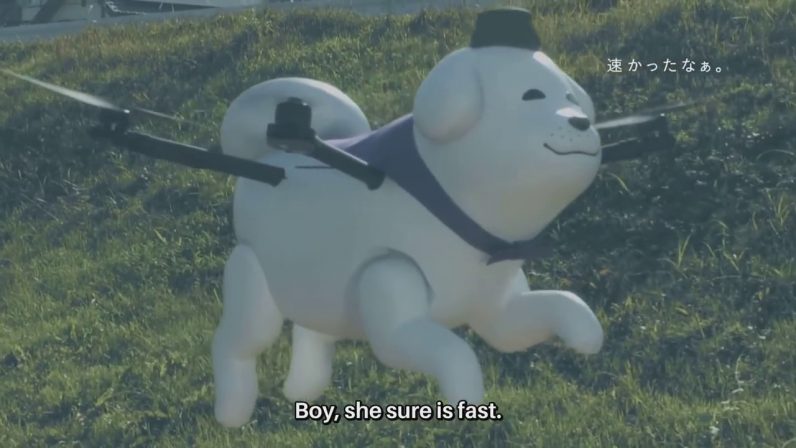 The importance of dogs should never be understated. One town in Japan is taking this to heart — its appointed its area’s official mascot as Yukimaru Skywalker, a mechanical drone puppy who flies above the town of Oji.

Yukimaru the drone dog flies over Oji town in Nara, Japan, where he’s the mascot. pic.twitter.com/9I9IE5AneG

This isn’t new — it was announced back in 2017 as a tourist attraction, but this is (unforgivably) the first time I’ve come across it. My (late) introduction was all thanks to the Twitter account @MondoMascots, which chronicles “the weird and wonderful world of Japanese mascots,” and tweeted about this one in particular today. It’s wonderful, and an account you should definitely follow.

But, back to this drone dog. According to ZDNet, it was named after an actual historic dog named Yukimaru, the companion of imperial Prince Shotoku, who ruled from 574-622 and created Japan’s first political constitution.

Prince Shotoku’s beloved white dog now has a memorial in Oji, which you can see the doggo drone flying past in the video below.

Yukimaru frequently attends public events in the form of a person in a large, creepy suit…

…but this drone is way better, right? It’s a quadcopter that paddles its little paws while floating through the air. Look at its little PAWS.

Read next: BitcoinSV's blockchain is struggling with its enormous 128MB blocks