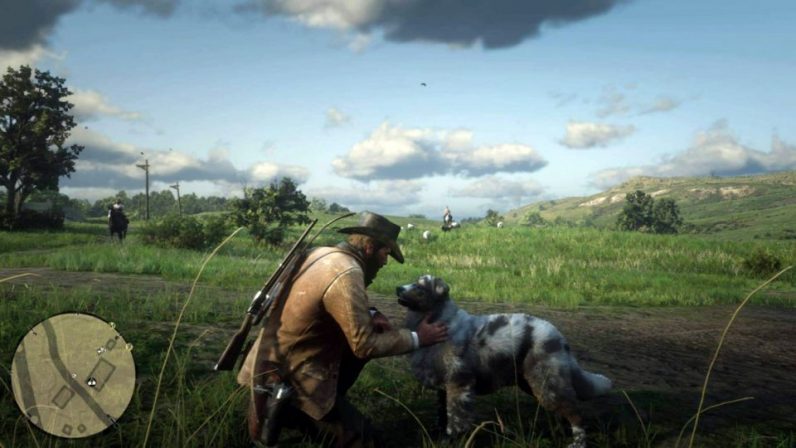 This is the feed of @CanYouPetTheDog, a Twitter account that, well, answers whether you can pet dogs in popular video games, with accompanying video as proof. After launching in early March, the account now has over 162,000 followers.

You cannot pet the dog in Bloodborne pic.twitter.com/ReTjfGtOAB

We spoke with the founder, who wishes to remain anonymous, about why they started the account, what its popularity says about people, and why not cats.

An unabashed love for dogs is a cherished part of internet culture — the popularity of Facebook pages such as We Rate Dogs (330,000 likes) and the Doge meme prove this — so @CanYouPetTheDog’s quick success comes as no surprise.

“I made this account after encountering unpettable dogs in The Division 2. I was frustrated by the fact that not only can you not comfort the frightened, lonely dogs roaming the streets of a ruined Washington, D.C., but the only way to interact with them is with gunfire,” @CanYouPetTheDog’s founder told us. “After seeing others with similar complaints, I decided to catalog pettable and unpettable dogs in video games.”

You cannot pet the dog in Torchlight II pic.twitter.com/DY2jusgOBF

The Twitter account has already catalogued the dog-petability of 140 video games, and its founder does the bulk of the research themselves from “a large backlog [they] created in the early days of the account.” They often receive submissions over DM, most of which have already been catalogued, but they “have gotten a few submissions out of left field that [they] would have never discovered otherwise.”

“I make sure to credit the submitter, as long as they are comfortable with it,“ the anonymous founder added.

When it comes to @CanYouPetTheDog’s rapid success — over 162,000 followers in just over a month — the founder says it’s simply down to the fact that “petting virtual dogs is important to video game fans.”

“I think the popularity of the account speaks to players‘ desire to engage in meaningless, feel-good interactions that do not necessarily further the plot or produce experience points,” they added. “Modern games ask a lot of the player, so it is nice to relieve that pressure with something pure and frivolous.”

Whether @CanYouPetTheDog speaks to the loneliness of video games, or modern society, one thing is certain: dogs over cats.

Ok, I might be projecting here a bit, but dogs are way better than cats, right?

There you have it. Dogs are better than cats.