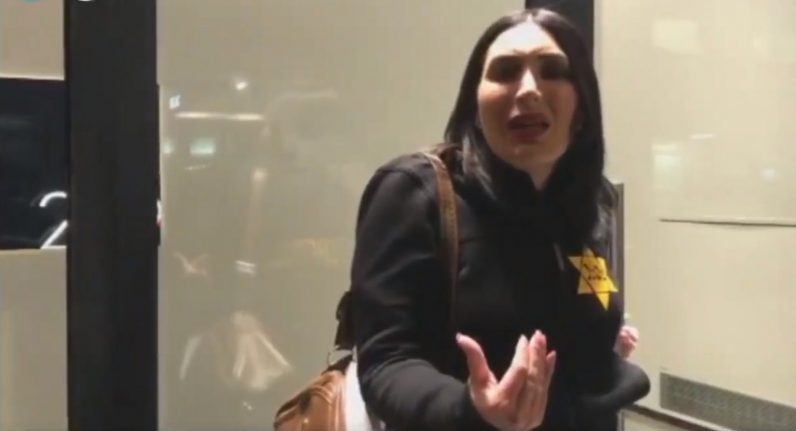 Earlier today I wrote about the joy of reading a debate, between some of the finest minds in the field of AI, held entirely via Tweet.

Now I’m watching conspiracy theorist and – as is the opinion of the author and not necessarily his employer – outright lunatic Laura Loomer, live on Twitter. She’s locked herself to the company’s offices in the most ironic protest against free-speech infringement I’ve ever seen.

She just said she's willing to go to jail.

Loomer, a member of Project Veritas – they’re the awful folks who came up with the Pizzagate conspiracy theory, and more recently spread the conspiracy theory that bombs being sent to Democrats were a false flag– is sad.

Why is she sad?

She was, reportedly, banned for accusing Minnesota’s Democratic Representative-elect Ilhan Omar of supporting “Sharia Law” and being “anti-Jewish,” presumably because she’s a Muslim.

Witnesses observed her comparing her situation, being locked out of her Twitter account, to that of Sharia law, as well.

She said this numerous times earlier, during the stream, with a bullhorn and some over-sized tweet signs, while handcuffed to the front doors of a privately-owned building.

Only in America can you stand on a street corner with a megaphone complaining about how you don’t have freedom of speech.https://t.co/y1Pi9LTp5x

For her part, Loomer claims she’s standing in solidarity with other “conservatives” who’ve been banned, such as Alex Jones and Milo Yiannopoulos – birds of a feather.

I’m mildly amused by the situation, but I’m also impressed. Laura Loomer is attempting to exercise her first amendment right to protest. And that’s exactly what many veterans – myself among them – joined the military to defend.

Unfortunately what she’s doing isn’t so much a protest as it is trespassing, making it difficult for US citizens to get to work and do their jobs, and generally just being a public nuisance. It’d be different if she were on public property, where her right to free speech is guaranteed by our sweet, sweet Constitution and the brave people who defend it.

No, I’m impressed by Twitter, a company that’s come under fire from every side lately. Today, it’s shown it has some backbone and some ethical fortitude. As of the time of this post it appears Twitter has not restored Loomer’s account.

But, the company has told the NYPD that it will not press charges and Loomer is welcome to stay and protest.

That’s how you support the first amendment, well done @Jack.

Update 17:58 CST 11/29: She’s reportedly been freed by NYPD after losing the keys to her handcuffs and deciding she’d had enough. We’ll update further if that report turns out to be false, but it appears as though she’s merely being questioned by police at this time.

Laura Loomer has been cut free. Police are questioning her but she has NOT been arrested, per an NYPD spokesman. https://t.co/eLM02KIlE5