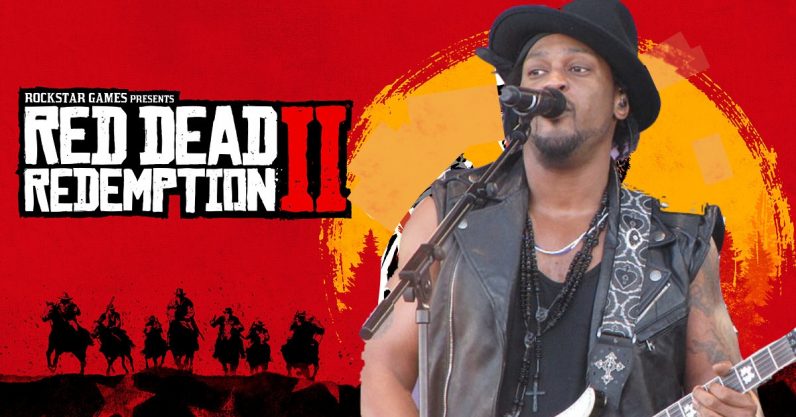 D’Angelo, the king of neo soul, the artisan of R&Baby making music, has a new song — and it’s tucked away in the Red Dead Redemption 2 soundtrack.

You may have heard some buzz about RDR2 — like, how it’s had the biggest opening weekend in entertainment history after grossing $725 million in its first three days. You’ve probably seen the memes popping up for months from fans and celebs alike:

The hype is deserved — it’s been in development for eight years, thousands of people worked on it, and, as our own Nino de Vries wrote, “it’s generation-defining, it’s bar-raising” from its graphics to its gameplay. And its accompanying soundtrack certainly keeps up.

Even without D’Angelo, it’s an impressive playlist, with contributions from Arca, Colin Stetson, and Queens of the Stone Age drummer Jon Theodore.

D’Angelo’s track, “May I? Standing Unshaken — Oh Traveller Have a Seat,” plays in the fifth chapter, between the “Paradise Mercifully Departed” and “Dear Uncle Tacitus” missions. Music fans were quick to spot it, including New York magazine’s critic, Craig Jenkins.

This is D’Angelo’s first release since his 2014 album Black Messiah, which, let’s face it, was the best album released that year.

Let’s hope the track is a sign of more to come — an album, maybe?

I don’t write much about video games — actually, I haven’t played one in years. But I do listen to music. A lot. And news that D’Angelo slipped a new song into its soundtrack is enough to make me want to buy a copy.

Read next: Intel's AI strategy for 2019 goes beyond chips