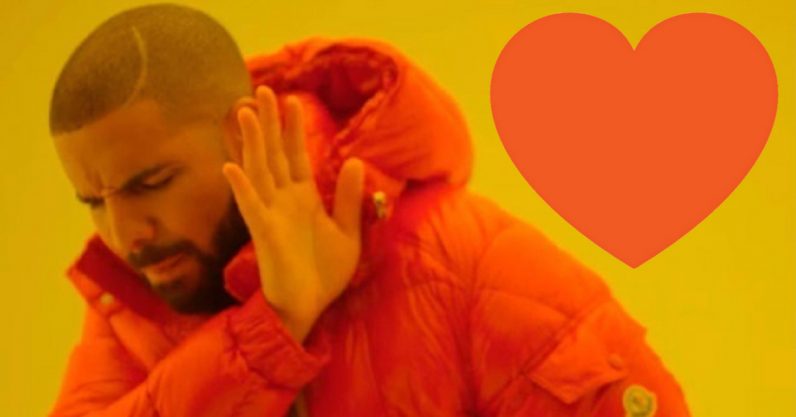 I got on a plane today and everyone was scrolling instagram but not liking things. I wanted to grab the intercom and remind everyone that likes are free and unlimited and everyone loves getting them.

Why are people so stingy with their likes on Instagram? I know I am. I hold onto likes tighter than a bottle of wine at a social gathering.

But it makes no sense. Likes are unlimited. And they’re just nice. There’s not even any decision-making involved, as in the case of Facebook interactions. A quick double tap, and you’ve sent a little bit of digital love someone’s way.

Other colleagues felt the same, and ventured guesses as to why. One said “I’m a dick with my likes… incredibly stingy and judgy.” To him, likes were not a friendly gesture, but a marker of quality.

Another ventured he’s “been trying to spend less time on Instagram, and one part of that is controlling my reflex action of liking posts. I don’t mean to not show appreciation for posts, but I want to engage less with the platform.” So to him, it was almost as if he was giving the platform the likes, not the individuals.

I replied the following: “Super douchie, but for me I feel a bit like I should curate my likes in the same way I curate what I post… not that anyone would notice anyway because the ‘following’ feed is so hidden.”

Three different answers to the same question, but at the end of the day, none of us really knew why we were so stingy.

So we did a bit of research.

What do “likes” even mean?

What is the psychology behind likes? Do we feel we’ll suddenly be ejected from the platform if we “like” too much? Or do we just have a human impulse to make everything as passive as possible, and prefer IG to act more like a slideshow?

Last month, The Verge published a video exploring the truth behind the urban legend that says the higher up viewers are on your Instagram stories, the more they look at your profile. It dispelled the myth, and explained that the more we interact with another’s profile, the higher up they appear on our feed or Stories, in an attempt to serve us information it thinks we’ll most like. So while we like to think our crushes are stalking us, in reality they’re high up on our viewers because we’re stalking them.

The video revealed a lot about how Instagram tailors likes and views, and the way in which its algorithms game our psychology. In dispelling the myth that our crushes are “stalking us,” Julian Gutman, Instagram Home’s Product Lead, said the myth probably existed in the first place because we “can create a narrative around it based on what you want to think or what you think is interesting.”

So why aren’t we liking shit?

Seemingly innocuous likes are reinforcing the little world we’re living in on the platform.

By withholding likes, are we consciously working against the algorithms? Probably not. I’d guess that it’s less a conscious manipulation of the algorithm, and more likely that we’re aware that even likes, while not the most public thing, are public. What we like says a lot about who we are.

Instagram’s “Following” feed, which shows us what people we follow are liking or commenting on, is pretty tucked away — I can’t say I’ve perused it more than a handful of times. But we’re still aware of what each other likes, and we’re aware that others are aware of what we like. And what we like could come back to haunt us.

In another story by The Verge, “Why did my boyfriend like Emily Ratajkowski’s butt on Instagram?”, a woman explains how her friends caught her boyfriend liking a photo of a model’s derriere, and then outed him much to her discomfort. The problem isn’t really the digital buns, but that his private preferences were made public.

At the end of the day, every IG user interacts with the platform differently. There are people who throw out likes like its their job. Others strictly curate their likes, and others give likes to no one.

At the end of the day, humans are self-conscious. We’re aware of what we’re putting out there, and how it could be perceived. Instagram is public, but it’s also private. It allows us to slip in and out of our public and personal selves on the same interface. We can live as socialites and voyeurs all at once.

Read next: Data restrictions don’t have to spell disaster for companies