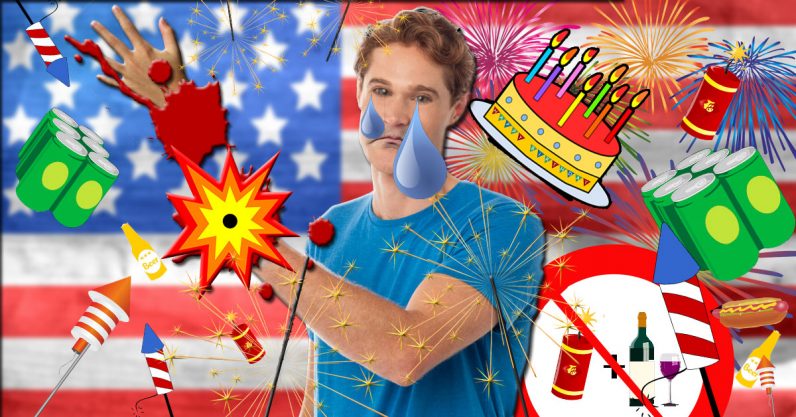 It’s Independence Day in the US, and that means food, family, and patriotism. Before you run off to celebrate though, it’s worth keeping in mind that about 11,000 people are injured every year in fireworks accidents. Sometimes it’s because those people are stupid, and we’ve got the proof.

Warning: these videos contain graphic content that could be considered upsetting, so watch with care.

First up, everyone knows you could lose a few fingers playing with fireworks, but some people are so moronic they’d rather tempt fate with their more sensitive body parts. This video features an asshole, and the idiot it belongs to:

And, in case that wasn’t stupid enough for you, here’s someone trying to win a Darwin Award without dying (by taking himself out of the gene pool):

He’s not alone, here’s another idiot who does the same thing – only this time he’s also smoking a cigarette, kind of a double Darwin attempt.

This next one is going to make you feel like an awful human being, because you’re probably going to laugh — especially if you turn the volume up. Back up Terry! Terry! Put it in reverse Terry!

Don’t make fun of Terry though, it really wasn’t his fault. Christina on the other hand knows that what you’re about to see in the following video is completely and utterly her fault.

There’s nothing funny or amusing about this last video, but it’s probably the only one you should watch. People get hurt playing with fireworks and a couple of seconds worth of fun isn’t worth spending the rest of your life wishing you could take a single moment back.

Have a safe and happy Independence Day! And don’t do stupid things with fireworks.