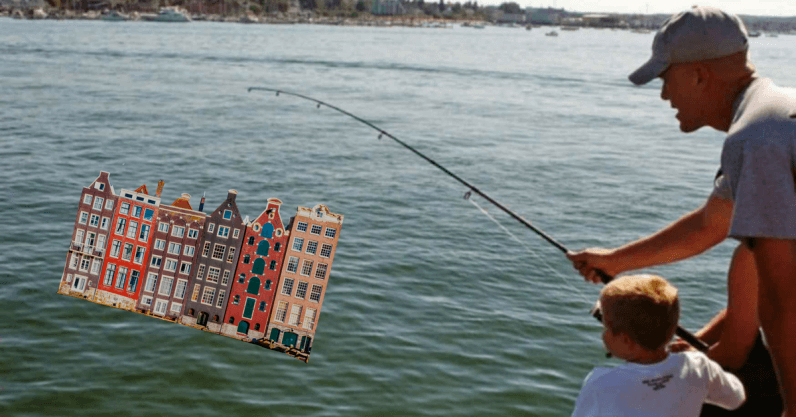 The other week, I dropped my bike keys into the canal. While it sucked, Below The Surface – a project that catalogues objects dug up from Amsterdam’s riverbeds – has given me hope that maybe one day my lost keys will be memorialized in the way they deserve.

The project began in 2003 with the construction of Amsterdam’s North/South metro line, a 9.7km connection between the two parts of the city separated by a body of water called the IJ. This huge undertaking required workers to drain part of the Amstel River, the central axis of old Amsterdam. And, as you’d expect, archaeologists leapt at the chance to be involved.

It’s incredibly uncommon that a river in the middle of a city is pumped dry, which meant it was a once in a lifetime opportunity for experts to get an insight into Amsterdam’s urban history.

Over 700,000 objects were dragged from the riverbed, with the objects dating from prehistoric (potentially back to 4200BC) all the way to the halcyon days of 2005. 11,279 of these have been documented in this amazing, interactive catalogue. I urge you to have a look at it here.

There’s also a brilliant option on the site to “create your own display,” where you can combine your favorite objects from the collection into a new image. After sharing this around the team, a few people had a go at creating art with the excavated objects.

For more information about the excavation, you can read about it in great depth here. You can also watch a documentary about the project here, but be aware that it’s currently only in Dutch and has no English subtitles.

Read next: Chinese firm claims its laser rifle burns clothes and skin up to 800 meters away