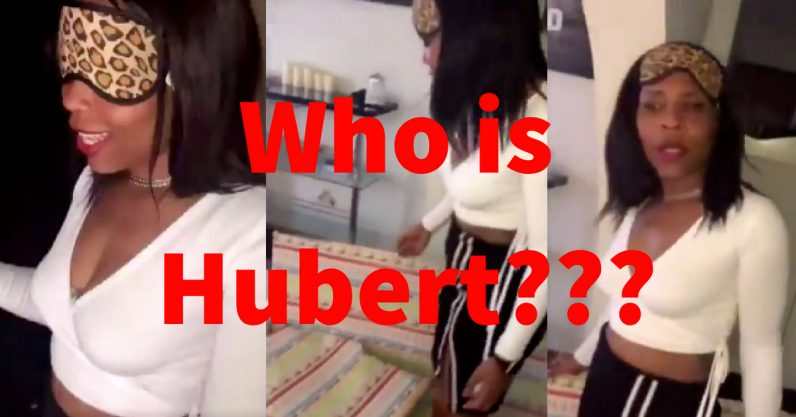 Viral videos are a funny thing. Thousands are uploaded every day, yet one good one has the ability to unravel your entire day’s work and take over your life.

That’s what happened to me this week when my colleague sent me along the following video:

In the clip, a woman gets busted on her birthday for cheating on her boyfriend. He packs her belongings like presents. It’s pretty sad, until he delivers the punchline:

I don’t know what hooked us most. It could be the drama… or the name “Hubert.” All I know is soon everyone in our office was demanding we send them the video too. And it’s not just us — at the time of writing this, the clip had 9.1 million views and counting.

My colleague and I sat fervently discussing it for far too long. How was he able to patiently wrap up all her belongings? Is the couple still together? And whatever happened to Hubert? We had to find out more.

What happened to Hubert

Almost a year ago, amidst the height of discussions regarding fake news and its effect on the US Presidential election, we published a story on how the EU funded a Google Chrome plugin called InVID, which attempts to debunk fake news.

By entering a URL or a video, the plugin provides information including the location, description, time, etc. of the clip. By reverse image searching the video’s frames, the plugin can find out where and when the video was originally uploaded online.

Why not use this plugin to find out what happened to Hubert?

We entered the URL of the tweet. The “Google image reverse search” revealed a number of suspicious looking sites who had uploaded the video, several images of women in white shirts, and a handful of other Twitter accounts who had also shared it.

After DMing around to people who had uploaded the story on Twitter, @DefNotGluv pointed me in the right direction — Nottodaybro, a Facebook page hosted by Gerald Huston, a stand-up comedian and actor. It was still unclear if was the original page, so I DMed the credited person, Charmaine.

Coincidentally, and somewhat prophetically, within minutes I received another message. From Gerald himself.

Despite Gerald’s viral video being a skit — and consequently my entire life a lie — I still had questions.

Do his followers know his videos are skits? What does he think about other pages and accounts online reposting his work? Why “Hubert”?

We ended up talking on the phone for a while. He told me about his background — he’s a comedian from Michigan who works on these videos every day, but he also hosts stand-up and improv shows IRL.

He says the majority of his 30,000 followers know his videos are skits, but, of course, after they go viral many don’t.

Gerald’s had quite a few of his videos go viral — about 20 since January, one of which racked up 24 million views from his page alone. He says there’s a formula he follows — “drama sells“:

So, you know seeing a girl get exposed on her birthday for cheating with a guy named Hubert, is something people want to talk about. I was like ‘Oh, he cheated on her with Hubert. Is he mad that she cheated on him with Hubert or is it his name?’ That was the Easter egg that I placed in there. It’s the little details.

At one point, he referred to his videos as pranks. I asked him if he really thought of them this way:

It’s pranking the internet, because the internet thinks it’s real. It’s like finding a glitch in the Matrix.

Do we really want to know?

At the end of the day, it doesn’t really matter if the Hubert video was real or not. We consume false information in the form of viral video skits, social media posts, and genuinely fake news every day. And we don’t care.

The Hubert video was great not because we knew it to be genuine, but because it was dramatic, and left us on a cliffhanger over the fate of this relationship — and Hubert’s destiny.

Sometimes a story’s entertainment value outweighs its necessity to be legitimate. This is all well and good for a viral comedy video, but when it comes to something like fake news, it could mean a political election swayed or even a life endangered — just this week, Reuters reported a fake WhatsApp message led to two men being savagely beaten within an inch of their life.

In the 2016 U.S. Presidential Election, fake news undoubtedly played a key role. One of the most infamous of which, since dubbed “Pizzagate,” spread that candidate Hillary Clinton was associated with a pizza-restaurant child-sex ring. It’s a bizarre story, to say the least — but speaks volumes to what we want out of our news — entertainment.

So are we all screwed? Will we continue to let fake information spread out of a desire to be distracted from our grey cubicles, unfolded laundry, bad-breathed in-laws, uneaten broccoli?

We searched for the Hubert story because we wanted more drama, but ended up using the fake news tool exactly as it was intended.

Curiosity killed the cat. But not Hubert. At least Hubert is OK.

Read next: Fortnite gamers are motivated, not addicted