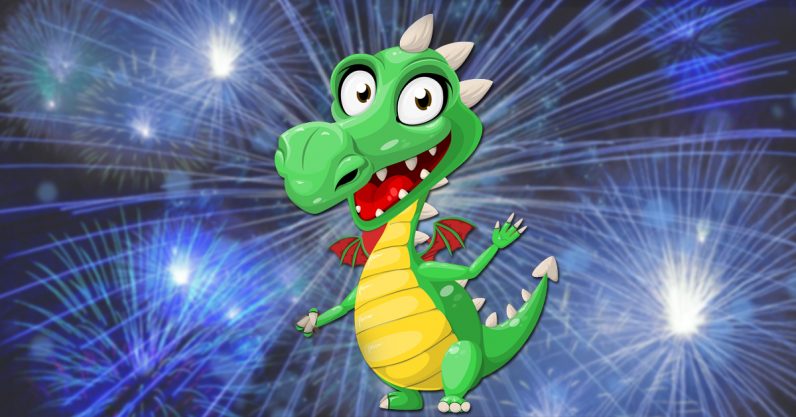 Soulja Boy is promoting dragon-themed sex toys on Twitter, whether he knows it or not.

In what’s possibly the best combination of dungeons and dragons since Dungeons and Dragons, a sex toy company called Bad Dragon makes marital aids for lovers of all things dirty and dragon related.

It turns out the company’s website is now getting some accidental promotion from Soulja Boy, the famous rapper, thanks to a mysterious redirect from a website he used to own.

And since he used to tweet about his old site, often, those tweets now have image cards associated with the redirected URL. And that makes it look like Soulja Boy was really into dragon-themed sex toys five years ago.

Clicking the link in the following tweet will take you to a web page selling dragon dicks in a lovely orange color.

And, let’s be honest here, it would only be a little funny to find out that someone pranked Soulja Boy by making a link in an obscure five year old tweet redirect to an odd sex toy site. But it reaches full-on hilarious when the image is displayed as part of the tweet. There’s no denying it: whether he chose the dragon penis-shill life or not, it chose him.

Following everyone back today who makes an order! Only at http://t.co/OprqQXn3o0 http://t.co/S98KmbddYr

The news broke on SPIN, after Twitter user (and no stranger to internet pranks themselves) LeVar Burzum HD noticed the redirect yesterday:

someone bought the url for soulja boy's old website and made it redirect to a website that sells sex toys to furries pic.twitter.com/ysmIK1TZ42

According to SPIN, the rapper isn’t involved with Bad Dragon. And interestingly enough, the company might not even be involved in the redirect. Reportedly the registrar information for both sites, the original sodmgco.com, which Soulja Boy promoted as the home of his clothing company until 2013, and bad-dragon.com are protected.

Which means, unless someone claims responsibility, we remain unsure whether this is an accident, a prank, or a clever marketing scheme. We’re just going to call it funny.

Is it weird that I’m not even a little bit skeptical? After the whole flamethrower thing, nothing this guy does surprises me anymore.

And, if you just can’t get enough dragons: read our recent piece covering an animated fable about a dragon from the guy who thinks we’re all living in a computer simulation.