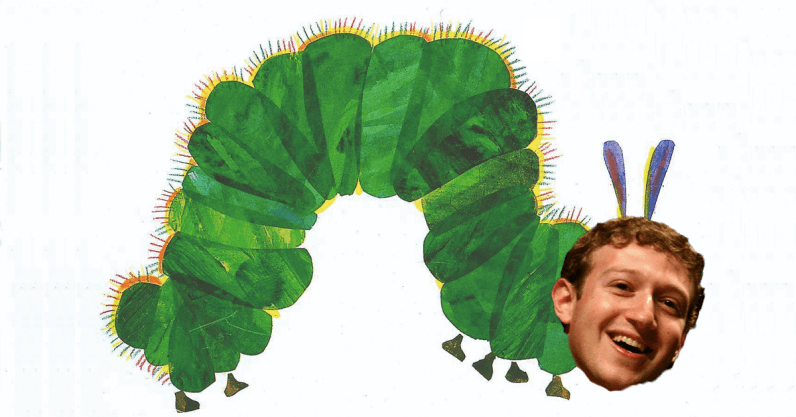 Have you seen this ridiculously long post blocking your entire Facebook feed? I thought it looked like a long spine, but other people argue it’s a caterpillar. Either way, it goes on, and on, and on, and on…

Two of my more annoying colleagues here at TNW posted it on their Facebook wall. One of them, Nino, managed to get some (mostly positive) comments – except from his dad, who seems to have blocked him.

Wanna try this too? See how many people you piss off? Here’s how:

Let us know how many friends you lose!

Read next: Get the tech certifications that matter most in IT with this CompTIA bundle