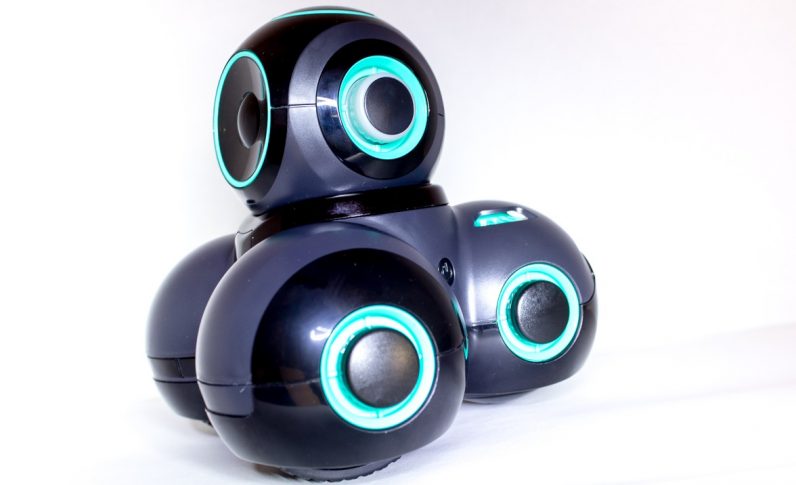 When I received my review unit of the Cue robot from Wonder Workshop it had a lot of hype to live up to. We’ve reviewed the company’s products before and enjoyed them, so my expectations were high. I’m happy to report I was not disappointed.

The Cue is designed for ages 11 and up and features an AI chat-bot that encourages kids to learn coding, play games, and comes in your choice of four distinct personalities.

It’s important to take your time choosing your Cue’s personality, as only one is included with your purchase. You’ll have to pay to unlock another personality in the app, which is a better alternative than the developers only creating one.

At $4.99 each, it won’t break the bank if you decide to make a change, but it’s worth giving them a shot. The AI part of Cue’s chat-bot directs it to try and tailor its conversation based on your previous interactions.

Cue, from the very start, feels like your robot. It sends you text messages asking how you’re feeling, it tells you jokes, and has a ton of personality thanks to a series of Easter eggs. When I made it spin around it circles it started singing, and pressing the button on top of it repeatedly also triggered unexpected reactions.

It was ready to roll right out of the box. I spent about two minutes setting up the app and I was able to control Cue immediately, no coding required. You can steer the robot manually or, thanks to several proximity sensors and processor, Cue can be set to explore the surroundings. It does a pretty good job of avoiding obstacles – though it will drive right off the edge of a technology reporter’s desk without hesitation.

We had a blast putting Cue on “avoid” mode and watching our baby chase it around, but it should be noted that this isn’t really a toy. Cue is solid and heavy and really is designed for older kids.

Part of the fun of playing with Cue is creating routines or “codes” for it to follow that take advantage of its sensors. I had a lot of fun making Cue dance and play sound clips of my voice. The possibilities for entertainment are endless – you can store several sounds and use your app to play them through the robot’s speaker. My cat was quite shocked when Cue began meowing back at her, to the delight of my entire family.

Cue is expressive, which is something I wasn’t expecting. The app uses push notifications to make it seem like your robot buddy is text-messaging you, and it manages to stay fun even after the novelty wears off.

But I found myself wishing Cue would talk to me outside of the app. The robot itself has prerecorded quotes you can trigger, but it doesn’t chat back and forth with you.

Wonder Workshop’s Cue is an excellent robot for ages 11 and up. It is the most well-constructed “toy” robot I’ve played with. And it’s also the most well-endowed when it comes to features — thanks to its multiple sensors, LED display, and internal speaker.

Cue might be built for kids, but it’s fun enough for adults to enjoy. The incredible design and manufacturing quality make the $199 price completely worth it. You can pick one up from Wonder Workshop here.

Read next: Vine's creators built a live trivia app that actually pays you