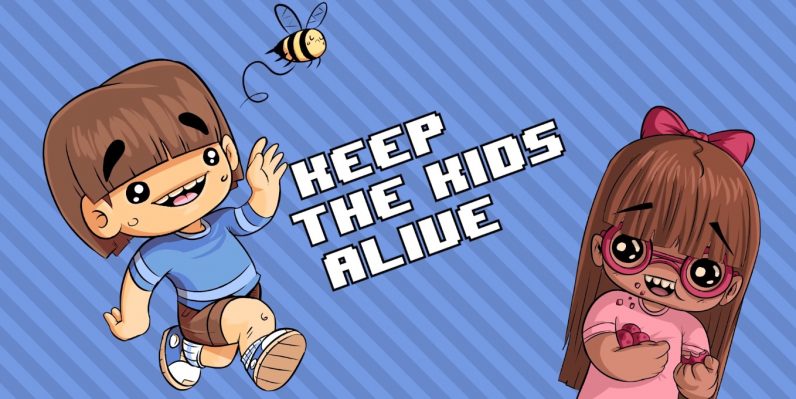 The best form of birth control is spending a few minutes around some children. They are cunning creatures bent on their own self-destruction and it’s about time someone tapped into the hell that is parenthood for video game inspiration.

Surprise Attack’s upcoming game “Think of the Children” is a parenting simulator that challenges players to perform a series of simple tasks while simultaneously keeping their children alive. In the trailer for the game, you’ll see children dying in more ways than there should be time for in a one-minute video.

If you don’t have children this may seem a little dramatic, but I assure you it’s spot-on. My kid is a year old and he can find a sharp corner on Nerf basketball — they are danger-seeking missiles from the moment they start crawling.

The game supports up to four players via couch co-op, meaning you can play with friends in the same room on one computer. This feature alone makes it the perfect game for any couple considering having children: it’ll give you some perspective.

Furthermore it includes the option to create non-traditional families, which is pretty cool. You can have mom and mom, dad and dad, some sort of cat creature, and even horses can join the mix.

I’m considering giving this game to all my friends who don’t have children so they’ll stop asking why it looks like I’ve aged a decade in the last year.

There’s no word on price yet, though the game launches on Humble Bundle and Steam on October 19th.

Here’s some extended gameplay footage from YouTuber “The 8-Bit Ninja” to give you a deeper look at what “frantic parenting” looks like.